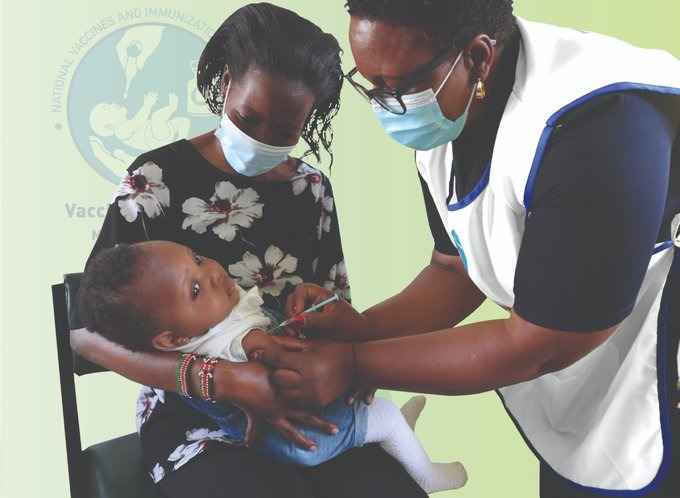 Kenya’s Ministry of Health will run a measles-rubella vaccination campaign to defend against outbreaks.

The Ministry said this resulted from “reported and confirmed measles and rubella outbreaks in some counties across the country due to low measles immunisation coverage.”

According to the Ministry, measles and rubella are highly infectious diseases caused by viruses, for which human beings are the only reservoir.

Rubella is a viral illness that causes a mild fever and a skin rash and is spread through contact with fluid from the nose and throat.

Kenya offers two doses of the Measles-Rubella (MR) vaccine to children. The first dose is at nine months and the second at 18 months old.

The symptoms of measles generally begin about 7–14 days after a person is infected.

The victim will initially have a mild fever, cough, runny nose, red eyes, and sore throat.

Tiny white spots may appear inside the mouth two or three days after symptoms begin.

A red or reddish-brown rash appears three to five days after the symptoms start. The rash usually begins on a person’s face at the hairline and spreads downward to the neck, trunk, arms, legs, and feet.

A person’s fever may spike to >38 degrees centigrade when the rash appears. The rash lasts for five to six days and then fades out.

The measles virus reduces immunity, and children may die of pneumonia, diarrhoea, and encephalitis after contacting measles. Children infected with measles may also suffer permanent disabilities- blindness and encephalitis.

It easily spreads through sneezing, coughing, and close personal contact with an infected person.

In most cases, measles infects anyone who has not been vaccinated before or has never contracted measles before.