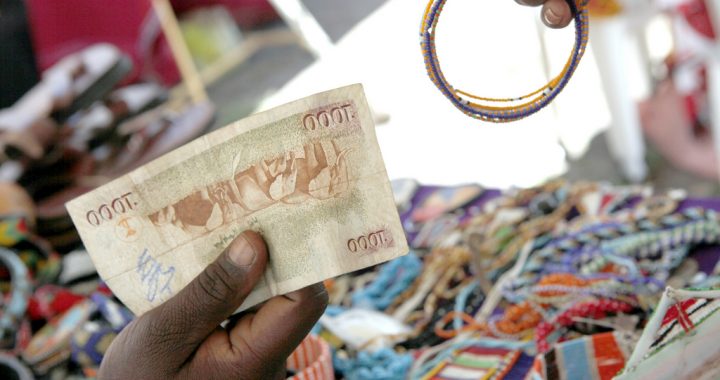 The Central Bank of Kenya (CBK)  says it will revisit the issue of the interest rate cap, that capped lending rates at 4.0% above the Central Bank Rate (CBR).

According to CBK Governor Patrick Njoroge, limited access to credit continues to hinder the growth of the small and medium-sized businesses.

Given the underlying risks to the economy and the issues faced by the MSMEs,  the CBK says they cannot expand if the needed finance cannot be accessed by them.

Njoroge while speaking to the media on Tuesday following Monday’s Monetary Policy Committee (MPC) meeting, called for a focus on deep structural reforms for uplifting the growth and expansion on the MSMEs in the medium to long term.

“There is a potential soft spot (in the economy). This concerns the micro small and medium enterprises (MSMEs). MSMEs are at the bottom of the pyramid. The MSMEs is where the employment is,” said Njoroge.

“These are traders in Gikomba, Muthurwa in Nairobi, in Kongowea in Mombasa, mechanics in Ogopa Lane in Kariokor, traders in Kondele in Kisumu or even furniture makers on Ngong Road,” added the governor.

Governor @njorogep: Domestically, the soft spot is with MSMEs. Traders in places like Gikomba, Kongowea, Kondele or furniture makers on Ngong Road in Nairobi are part of the engine of the economy, and they need all the support they can get. pic.twitter.com/yFVSkzYZ96

Besides private sector credit growing by 2.4% in the 12 months to December 2018, analysts from Commercial Bank of Africa state that:

“What remains or should be a key concern to the central bank is the persistent stupor in credit after private sector credit growth decelerated to 2.4% in the 12 months to December 2018. This is despite the 100bps decrease in the central bank rate in 2018.”

“At the same time, the economy has remained upbeat expanding by about 5.8% in 2018. This could underpin concerns over the effectiveness of monetary policy in driving growth, suggesting increased economic growth vulnerability to shocks especially within the consolidation phase. Credit growth is expected to remain fragile given the limitation to pricing as well as the persistence of high non-performing loans. At the same time, the
shift to domestic markets for deficit financing still has some crowding out effects on the private sector.”

Genghis Capital and Cytonn Investments have given the private sector credit growth a negative in 2019 because, “It is expected to remain low this year due to the interest rate cap, which has made banks adopt a more stringent credit risk assessment framework thus limiting lending to riskier borrowers.”

“We expect Private Sector Credit Growth (PSCG) to remain low in the near term with no clear indication of repeal or amendment of the interest rate cap,” says Genghis Capital.

Kenya’s economy is projected to expand by 6.3% this year compared to an earlier projection of 6.1%.

Are Kenyans Banks and Bankers Ready to Embrace Fintech?