Close
Tweet
Much more needs to be done in achieving the goal of ensuring everyone understands the benefits of using a treated mosquito net to ensure preventable disease, malaria, is a long-gone case with an emphasis to drastically reduce the number of people who die from preventable causes.
Despite the high birth rate, most people do not buy more than one mosquito net, the reason being that the nets are too expensive.
Three years ago, in rural Matulo Village in Webuye District, the situation was so dire as the only persons who use the mosquito net are parents only.
This is despite the mass media awareness campaigns mounted by various organizations like Population Services International (PSI) who are partnering with media organizations such as West FM in a door to door campaign.
PSI’s approach to mosquito net delivery engages both the public and private sectors. This allows malaria control partnerships at the country level to maximize available resources and achieve rapid and sustained coverage of vulnerable populations. PSI’s net delivery strategies include routine facility-based delivery, mass free distribution for rapid scale-up and engagement of the private sector.
One example of this approach is where it delivers free nets to pregnant women through 3,000 public antenatal clinics while supporting a robust subsidized distribution program through Kenya’s thriving commercial sector. To date, PSI has delivered over 80 million insecticide-treated mosquito nets in more than 30 countries around the world (over 20 million in 2009 alone). In 2010, PSI will deliver its 100 millionth net.
The malaria parasite infects healthy red blood cells, where it reproduces. The P. falciparum parasite generates a family of molecules, known as PfEMP1, that are inserted into the surface of the infected red blood cells. The cells become sticky and adhere to the walls of blood vessels in tissues such as the brain. This prevents the cells being flushed through the spleen, where the parasites would be destroyed by the body’s immune system but also restricts blood supply to vital organs.
Symptoms can differ greatly between young and older children depending on previous exposure to the parasite. In young children, the disease can be extremely serious and potentially fatal if untreated; older children and adults who have grown up in endemic areas are resistant to severe malaria but rarely develop the ability to rid their bodies of the parasite.

Each parasite has ‘recipes’ for around sixty different types written into its genes. However, the exact recipes differ from parasite to parasite, so every new infection may carry a set of molecules that the immune system has not previously encountered. This has meant that in the past, researchers have ruled out the molecules as vaccine candidates. However, there appear to be at least two main classes of PfEMP1 types within every parasite, suggesting different broad tactical approaches to infecting the host. The most efficient tactic or combination of tactics to use may depend on the host’s immunity. 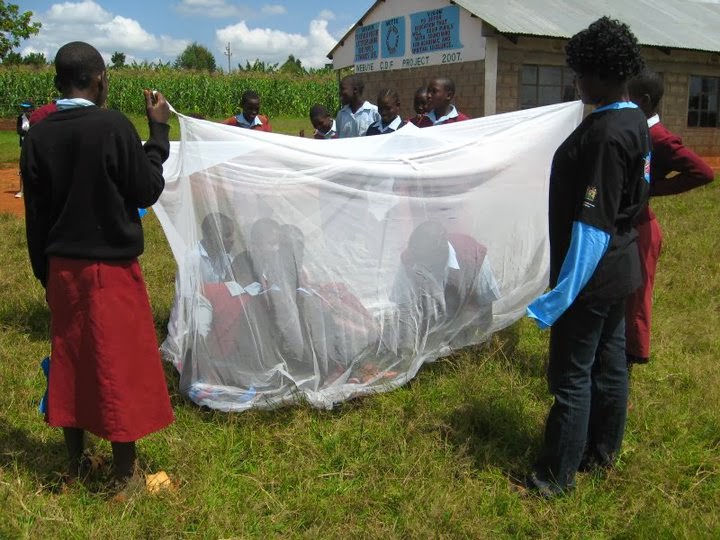 All that is needed is serious awareness that children too need protection from malaria spreading mosquito as much as pregnant mothers need to be protected.
Matulo residents and those from its environs have shown cause why there is a need to be well educated on the importance of protecting their families from malaria infection by ensuring that each night everyone sleeps under a treated mosquito net.
This is because most residents practise small scale farming while others engage in agricultural practices that are possible breeding grounds for mosquitoes.
In a door to door health check by West FM, it was revealed some households had mosquito nets and admitted using them every night so as to protect their families against mosquitoes (female Anopheles) that cause malaria.
However, many admitted they do not have enough money to purchase a single net leave for the whole family.
More surprisingly, many of them said they do not provide nets for their children saying it was a preserve to them as parents and others had them but had laxity to spread them on the bed before sleeping saying it was tiresome.
Others testified they usually fail to retreat the nets after the recommended three months noting that they would rather buy food than purchasing the drug for retreating the nets hence making them very vulnerable to being sick with malaria.
It was clear that the villagers were aware of the dangers posed by mosquitoes and did everything to avoid malaria infections through the consistent use of mosquito nets (those who had mosquito nets).
As a result of the aforementioned response and observation from the households, it was clear that the slogan :mbu nje sisi ndani” was well understood.
In this, to make the campaign more productive, mosquito nets should be provided at a subsidized prize because some households cannot afford them thus making it more meaningful to households visited.

The (Former) UN Secretary-General Ban Ki-moon says, “Controlling malaria does more than improving human health. It boosts social well-being and economic development. I urge the global health community, including political leaders in endemic countries, to maintain their commitment to provide universal access to malaria interventions and end needless suffering from this preventable and treatable disease.”

The MDG target of halting and reversing the incidence of malaria is now in sight, and 50 countries are on track to reduce their malaria burden by at least 75 per cent by 2015. However, major challenges remain. Malaria continues to inflict a major toll on least developed countries – primarily in Africa – and millions of people still lack access to life-saving interventions.
In Africa, malaria kills a child every minute. Weak surveillance systems mean that cases are vastly under-reported; and governments and the World Health Organisation have too little information about where malaria occurs and how trends are changing, although improvements in data collection are underway. Emerging resistance of the malaria parasite to drugs, and mosquitos to insecticides, are further complicating efforts to combat this persistent threat to lives and productivity.
Tweet

Malaria Prevention Saves Lives, We Need To Do More

Eliminating Malaria is a Personal Responsibility