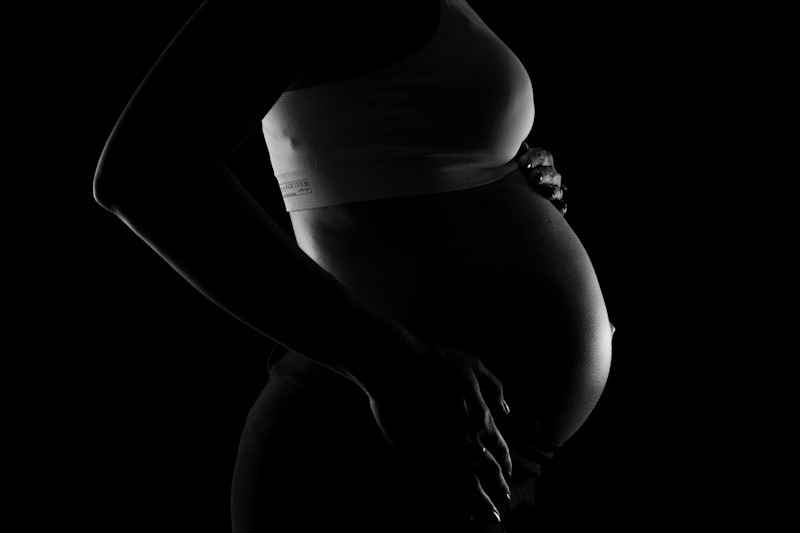 Kenya’s teenage pregnancy rate is one of the highest in the world. According to the latest data from the Kenya Demographic and Health Survey, a report by the Kenya Bureau of Statistics (KNBS), 15 per cent of women aged 15–19 have ever been pregnant, and 12 per cent have had a live birth.

This worrying statistic is a cause for concern in Kenya and has far-reaching implications that should be addressed immediately. The survey paints a bleak picture for a nation that already faces many challenges in healthcare, poverty, and education.

It makes it even more concerning considering that 1 per cent of the teenagers have had a pregnancy loss, and 3 per cent are currently pregnant. The figure also increases with age, from 3 per cent among those aged 15 to 31 per cent for those aged 19, which is a worrying trend.

Over the years, the issue has been exacerbated by poverty, gender-based violence, lack of access to contraception, and a lack of comprehensive sex education. For example, a staggering 40 per cent of teenage girls without any education have ever become pregnant, compared to only 5 per cent for those with more than secondary education.

These factors have made the teenage pregnancy problem even more prevalent in recent years, especially among pastoral communities. When looking at specific regions, the data shows that the percentage of women aged 15-19 who have been pregnant is highest in Samburu, at 50 per cent. West Pokot comes in second with 36%, followed by Marsabit with 29%. On the other hand, the lowest rates are found in Nyeri and Nyandarua at 5 per cent each.

Surprisingly, the Kenya Demographic and Health Survey (KDHS) report (2014) also indicated that teenage pregnancy and motherhood rates have remained unchanged since 2008. This means girls continue to drop out of school and experience health-related challenges due to birth-related complications and unsafe abortions, and are, in some instances, forced into early marriages.

The prevalence of teenage pregnancies comes when many Kenyan youths have struggled to cope with the economic and social pressures of a rapidly changing world. Its widespread in Northern Kenya is primarily due to this population’s high unmet need for family planning and backward customs that allow child marriages.

The high maternal mortality rates and limited opportunities for young mothers are not only tragic for the individuals involved but also hold back the economic and social development of the country as a whole.

Teenage pregnancies have significant implications for the health and well-being of young girls at a higher risk of complications during pregnancy and childbirth. Their children are more likely to suffer from health and developmental issues.

Additionally, these girls are at risk of contracting HIV, subject to sexual and gender-based violence (SGBV) that have persistently undermined girls’ health, education, and economic empowerment.

This is not to mention how teenage pregnancy often leads to girls dropping out of school, thus limiting their future economic opportunities.

According to World Health Organization, adolescent pregnancy tends to be higher among those with less education or low economic. High adolescent birth rates in the rural areas of Kenya reflect the vulnerabilities they experience and the lack of opportunities available to them.

In recent years, the Kenyan government has attempted to address the issue of teenage pregnancy through various initiatives, such as providing comprehensive sex education in schools and increasing access to family planning services.

Nevertheless, many young people do not have the information and resources to make informed decisions about their sexual health. Additionally, cultural stigmas and taboos surrounding sex and sexuality can make it difficult for young people to access the necessary information and services.

KDHS (2022) data shows that about 4 in 10 women aged 15–19 who have no education have ever been pregnant, compared with only 5% of women who have more than secondary education.

Most adolescent girls in the regions are married off at early age, thus not giving them a chance to enroll in school to obtain the necessary sexual knowledge.

Schools equip adolescents with basic information on sexual and reproductive health, which helps them make informed decisions, such as the number of children to bear.

Another major factor is poverty. Many young people in Kenya, particularly those in rural areas and from lower socioeconomic backgrounds, do not have access to education and economic opportunities. Without these opportunities, they become vulnerable to SGBV, unwanted pregnancies, and sometimes HIV.

This can be attributed to the effects of poverty on educational attainment and daily subsistence at the household level.

Laws and policies regarding contraceptives based on age or marital status pose a critical barrier to the provision and uptake of contraceptives among adolescents.

This is often combined with health worker bias and unwillingness to acknowledge adolescents’ sexual health needs.

Kenya has adequate policies and laws to address the issue of teenage pregnancy and motherhood, like the Constitution, the Sexual Offences Act (2006), the Children’s Act (2011), and the school Re-entry policy.

Therefore, relevant government agencies must ensure that all these policies and laws are fully enforced or implemented.

There needs to be a comprehensive approach that includes increasing access to sexual education and contraception and addressing the root causes of poverty and lack of opportunity. This includes investing in education, creating economic opportunities, and addressing the cultural attitudes and stigmas that make it difficult for young people to access the information and services they need.

Kenya’s National Reproductive Health policy 2022-2032 seeks to consolidate the gains achieved and address the emerging challenges in reproductive health. This policy addresses the six RH operational life course cohorts. Pregnancy and the newborn (up to 28 days of age); 2) Childhood (28 days to 9 years); 3) Adolescence (10 to <18 years); 4) Early youth (18 to 24 years); Adulthood (25 to 49 years) and 6) Elderly (50 years and over).

It’s also important to remember that teenage pregnancy is not just a problem for the girls and women who experience it. It also significantly impacts the fathers and families involved, the broader community, and society. Therefore, involving all stakeholders in the conversation and the solutions is essential.

CMA Extends Approval to the Nairobi Coffee Exchange to April 30, 2023