When Involved in Family Planning, Men are Heroes, Not Cowards 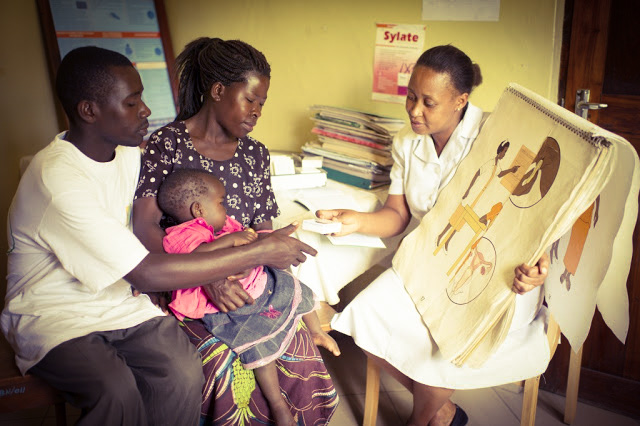 A Pew Research Center survey released on Wednesday shows that Kenyans prioritise education and healthcare for improving the economy.

“33% say education is the most important. Two-in-ten choose health care and another 20% mention government effectiveness, such as reducing corruption. A similar percentage picks agriculture and the supply of food (19%). Just 6% say infrastructure and 2% prioritize the supply of energy,” figures from the survey conducted in South Africa, Nigeria and Kenya among 3,330 respondents from March 29 to July 9, 2016 states.

According to the survey, health care is a higher priority for women (26%) than it is for men (15%). A broad majority of Kenyans (81%) think education will be better when today’s children grow up, including 52% who say it will be much better.
Similarly, 76% believe health care will have improved when the younger generation comes of age, with 40% saying it will be much better.
The last census undertaken in Kenya (in 2006) placed the population at 36.1 million. In 2008 the population of Kenya was estimated at 38 million by the United Nations Population Fund.
The UN’s Department of Economic and Social Affairs’ mid-2015 results noted that Kenya’s population is expected to hit 81.4 million by 2050 compared to the Kenya Demographics Profile 2011, which projected the population to stand at 51.3 million in 2025 and 65 million in 2050.
The increase in population, currently 44.3 million, is attributed to a high fertility rate.
According to the UN report, a Kenyan woman births an average of four children, a number higher than the global average of 2.5.
Kenya is faced with many problems, trying to feed its people, provide employment to its youth, and provide quality and affordable education and health care.
Consequently, it is not a national issue in Kenya alone but a global one that poses a challenge from a growing population and impacts health care, food security, jobs, and poverty. To address these global issues needs concerted efforts from all nations on how to think of population control. Global consensus and cooperation are needed to achieve this. Cristian Baeza, the former World Bank’s Director for Health, Nutrition, and Population, Human Development Network, said, “Failure to address high fertility with large and growing population cohorts results in unsustainable health care and schooling costs and lags in economic growth, and may increase the risk of social and political unrest. But, addressing high fertility is necessary, but not sufficient, condition to harness the demographic dividend.”
Ten years ago, the Government committed itself to ensuring that Millennium Development Goal number five was realised by 2015. The goal states: Achieving good maternal health requires quality reproductive health services and well-timed interventions to ensure a woman’s safe passage to motherhood.
Currently, the government has committed itself to the Sustainable Development Goals (SDGs), which call for countries to improve across 17 issue areas, including economic growth, accountable institutions and reduced inequality.
It is not a surprise that healthcare is a priority for women. Women need access to health care for themselves and their children, particularly family planning, which is now widely accepted daily.
On June 1, 2013, the Government of Kenya addressed this problem by initiating a policy of free maternity services in all public facilities, effective immediately.
In the 2016/17 Fiscal Year, the government set aside Sh4 billion to provide health insurance through the National Health Insurance Fund to pregnant women from low-income and underprivileged backgrounds.
Additionally, Kenya’s First Lady Margaret Kenyatta has initiated the “Beyond Zero Campaign” to improve maternally and child health outcomes as part of the initiatives outlined in the Strategic Framework in HIV control and promotion of maternal, newborn and child health in Kenya that was unveiled on World AIDS Day 2013.
Even this is not enough.
The United Nations Population Fund (UNFPA) 2016 report on Universal Access to Reproductive Health Progress and Challenges states that Reproductive health is critical to advancing development.” This is in terms of access to rights-based family planning, is now well recognized in not only improving women’s chances of surviving pregnancy and childbirth but also in contributing to gender equality, better child health, preventing and responding to HIV transmission, better education outcomes, and poverty reduction.
A key point of the report is that “Universal access to reproductive health affects and is affected by many aspects of life. It involves individuals’ most intimate relationships, including negotiation and decision-making within sexual relationships, and interactions with health providers regarding contraceptive methods and options.”
However, it should be noted that, If women are going to use contraception successfully, they must be able to make their own decisions about it. Women are willing to make partnerships to make progress.
It is a fact that family planning is central to gender equality and women’s empowerment, and it is a key factor in reducing poverty. And men, too, should be enlisted in the battle to safeguard maternal health.
Nafis Sadik, Former Executive Director of the United Nations Population Fund, says, “Somehow men must learn that equal power for women does not threaten their own power: that being a man does not depend on controlling a woman; that sharing power makes everyone more powerful.” 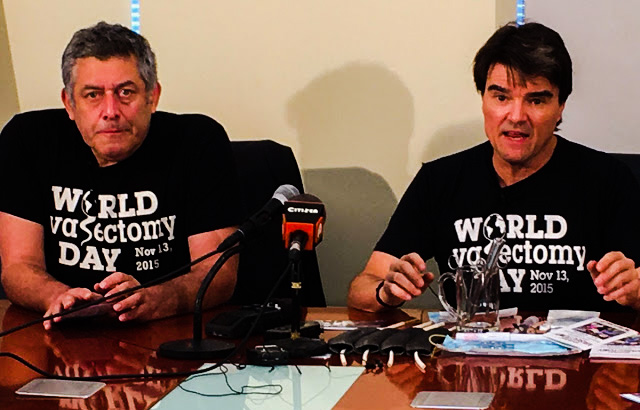 “In May 2012, I set an intention; convince 100 doctors in 10 countries to do 1000 vasectomies in 24 hours.  And here it is, 2016, and we are about to celebrate the 4th year of WVD right here in Kenya.  The obstacles are plenty. For one people assume that men will not step up. I believe they’d just never been told the right story; one in which we become heroes to our family, to our wives, to our country and to our future.”

Stack says the decision for men to choose a permanent form of birth control is profoundly personal. Yet, the impact of this personal decision has communal, national, and global ramifications.
He adds that Kenya, like many countries, faces cultural, religious, and economic challenges, but WVD promotes unity, finding shared purpose in-country and across borders. Men may be resistant to getting a vasectomy, but we are united in our hopes that the lives of our children be as good or better than our own. “Indeed, women must not and cannot do this alone.”
Vasectomy is the medical name for male sterilization. A simple surgical procedure closes off the scrotum’s small sperm-carrying tubes (vas deferens). This means produced cannot get into the semen and fertilize a female egg. Vasectomy does not affect one’s sexual pleasure or the ability to ejaculate.
And why education is a priority; literacy for women benefits families in several ways. It increases her health (a literate woman can read material about health and hygiene practices) and the health of her children; it increases her family’s security (if her husband dies, she can get a better job), and it increases her desire to see her children receive an education. It increases her political power – she can read and understand national issues and participate in them.
TagsJonathan StackWorld Vasectomy Day
Previous Article

The Spirited Fight Must Go on in Fighting Female Genital Mutilation

We have the onus to developing our society through mutual participation