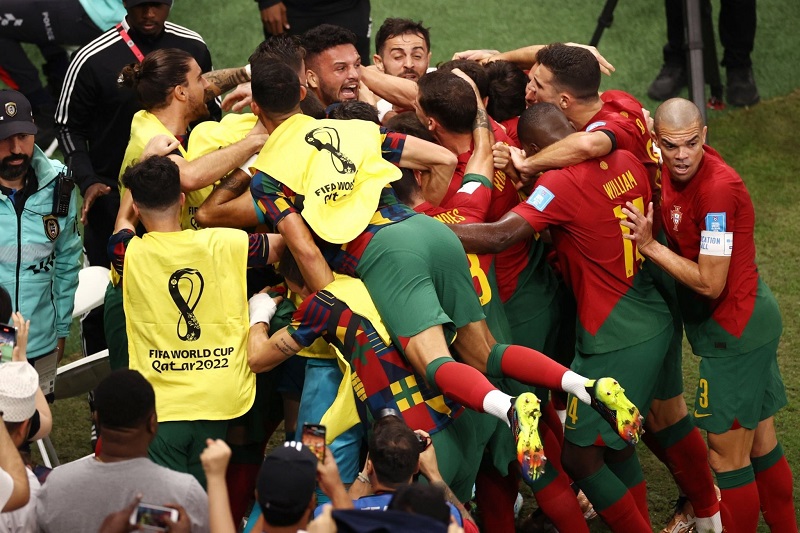 Goncalo Ramos grabbed the first hat trick of the 2022 World Cup as Portugal stormed to a 6-1 victory over Switzerland.

The Benfica forward was called into the squad ahead of Cristiano Ronaldo and repaid Fernandos  Santos’ faith with a remarkable performance at the Lusail Iconic Stadium.

Ramos opened the scoring with a superb strike into the roof from Joao Felix’s assist in the 17th minute before former Real Madrid defender Pepe added the second with a powerful header into the roof of Yann Sommer’s net.

The Swiss struggled to keep pace with Portugal’s attacks and would find themselves further behind in the second half, with Ramos claiming two more goals, with solitary strikes from Borussia Dortmund’s Raphael Guerreiro and substitute Rafael Leao late in the match.

Portugal advanced to the quarter-finals and will take on Morocco, who had earlier seen off Spain.

World Cup: Morocco edges out Spain to advance to quarters