World Cup: Morocco edges out Spain to advance to quarters 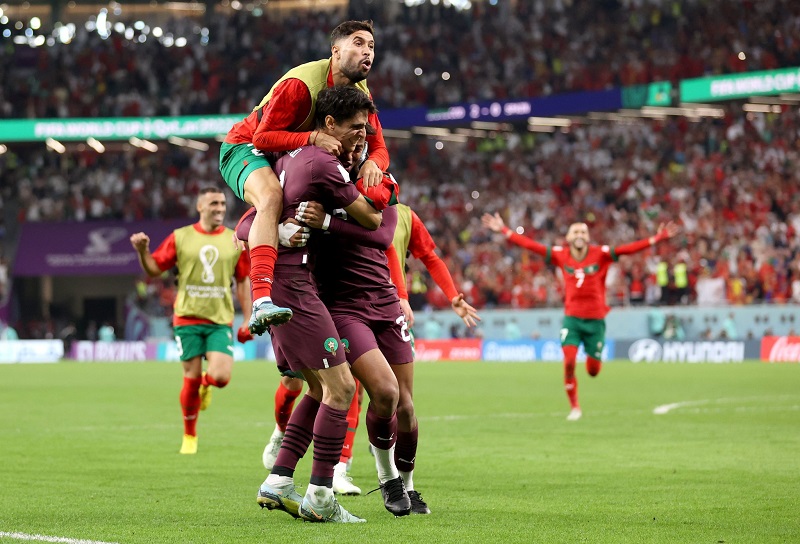 Morocco beat Spain 3-0 in a thrilling penalty shootout to secure a place in the quarterfinals.

Spain had dominated possession from the start of the game but failed to find their way past the Moroccans.

Despite having the lion’s share of the ball, Luis Enrique’s men struggled to have their passes click and offer a positive result.

The two sides played out a goalless draw and an additional extra but still none could find the net and thus penalties would have to decide the clash.

Abdelhamid Sabir and Hakim Ziyech found the net, it was the Madrid-born defender Hakimi that struck the decisive penalty to ensure the North Africans prevailed 3-0 on penalties.