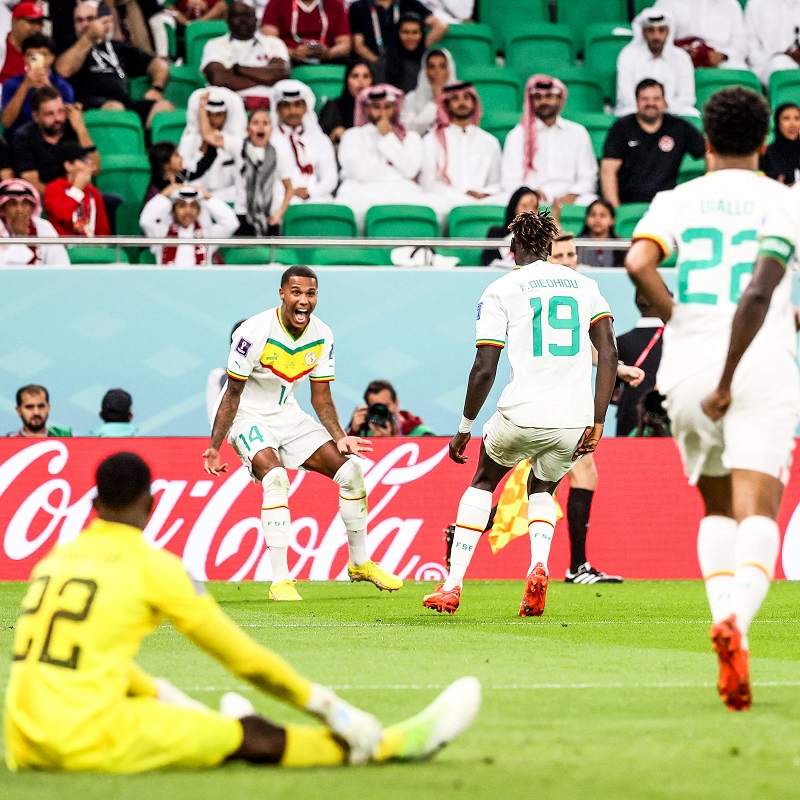 Senegal registered their first win of the World Cup following a hard-fought 3-1 victory over hosts Qatar.

The African side picked a vital win thanks to goals from Boulaye Dia, Famara Diedhiou, and a late goal by Bamba Dieng.

The Lions of Teranga began the match brightly, with Ismaila Sarr having an effort hit the side net.

The hosts had a penalty demand waved off after referee Antonio Miguel Mateu Lahoz failed to point to the spot after Sarr had carelessly brought down Akram Afif.

Senegal went ahead with minutes to half-time when Boulaye Dia fired past Meshaal Barsham following a defensive debacle within the Qatari defence.

Substitute Mohammed Muntari handed Qatar an opportunity to salvage their World Cup dreams with a towering header that flew past goalkeeper Edouard Mendy.

Félix Sánchez’s side’s aspirations of a comeback were ended six minutes later when Bamba Dieng sublimely fired into the net to seal the win.