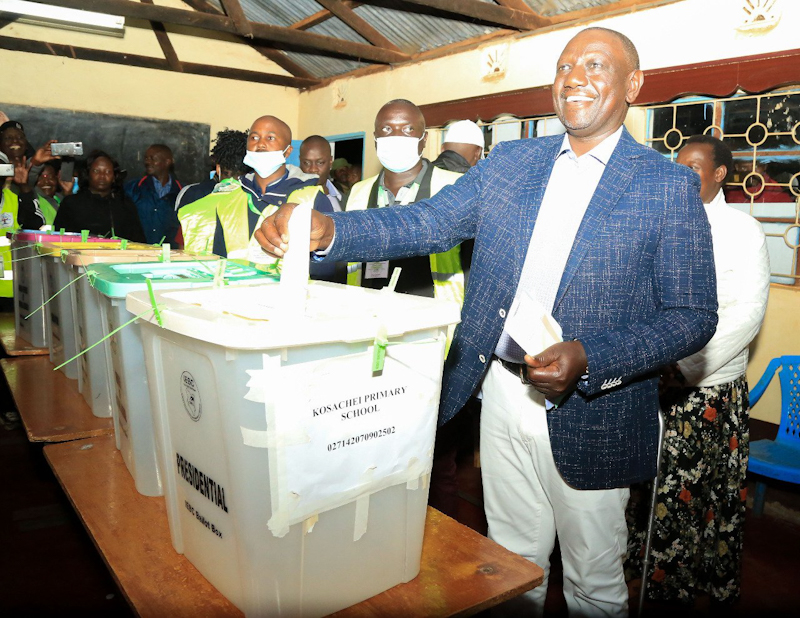 The Kenyan Supreme Court judges on Monday unanimously upheld the election of Deputy President William Ruto as president-elect as declared by the Independent Electoral and Boundaries Commission (IEBC).

Chief Justice Martha Koome said the decision was unanimous. Justice Koome said that the court issued a summary and then gives the full judgment after 21 days.

The other contestants in the race, George Wajackoyah of Roots Party and David Mwaure of Agano Party, got 61,969 and 31,987 votes, respectively.

PRESIDENTIAL ELECTION PETITION NO. E005 OF 2022 by Khusoko on Scribd

On the other hand, Raila Odinga said he respects the Supreme Court’s decision not to uphold his challenge to the announced results of the presidential election.

We have always stood for the the rule of law and the constitution.

In this regard, we respect the opinion of the court although we vehemently disagree with their decision today. pic.twitter.com/WfOQrtsnpe

The court has spoken. I respect but disagree with the findings .

President Kenyatta Gazettes Thursday as Swearing-in for MPs and Senators