Kenya’s creditworthiness downgraded to negative B2. Why it matters 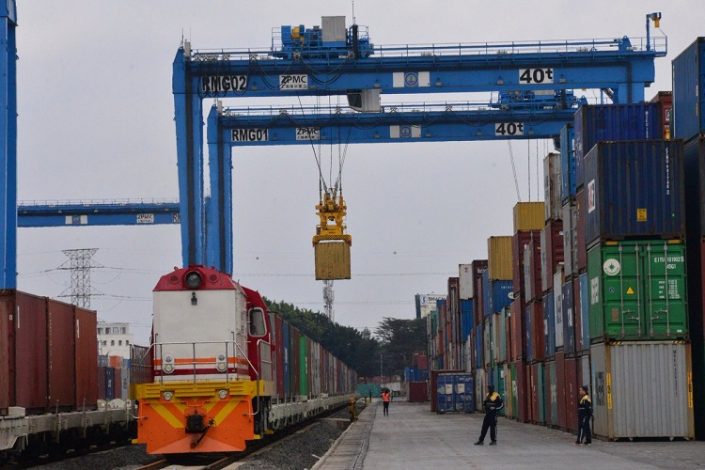 Moody’s Investors Service has downgraded Kenya’s sovereign creditworthiness to a negative rating of B2 stable due to rising liquidity risk, increased external vulnerability and higher reliance on commercial external debt.

In its “Sovereigns — Sub-Saharan Africa: 2019 outlook, it states that Kenya “will likely rely on cuts to capital expenditures rather than reducing recurrent expenditures or increasing revenue mobilization to achieve their fiscal targets.”

This is similar to 2018 where the firm maintained Kenya’s credit scores at B2 stable after putting its earlier score of B1 on downgrade review in October 2017.

In December 2018, the firm said Kenya’s debt burden had increased consistently “We expect it to reach 60% of GDP over the medium-term,” said Lucie Villa, a Moody’s Vice President-Senior Credit Officer and co-author of the “Government of Kenya – B2 stable, Annual credit analysis” report. “Under our central scenario, there will be a gradual reduction in the primary deficit and robust nominal growth that will partly compensate higher interest payments.”

Moody’s expects only a gradual narrowing of the fiscal deficit to around 6.5% of GDP in fiscal 2019, which is higher than the government’s target of 5.7% in the original budget and the level of 6.1% proposed in the supplementary budget.

Kenya is expected to start servicing the first trench of KSh280 billion Eurobond taken in 2014 in June.

The first five-year tranche is expected to cost taxpayers KSh97.71 billion with the second 10-year trench of KSh400 billion maturing in 2024.

Cytonn Investments further note that with a net external financing target of Kshs 272.0 bn to finance the FY2018/19 budget deficit, coupled with the need to retire 3 commercial loans maturing in H1’2019.

“We expect this to put pressure on yields on Eurobond yields coupled with the higher country risk perception by investors, partly attributed to the International Monetary Fund (IMF) raising the risk of Kenya’s debt distress from low to moderate on October.”

CBA Analysts further share the same sentiments that the fiscal outlook heralds some risk to interest rates. “The government continues to trail its domestic borrowing target for the fiscal year 2018/19 has only borrowed KES 94Bn against a target of KES 310Bn. Plugging the gap in less than six months may exert upward pressure on yields.”

In the report, Moodys has given a negative outlook for sovereigns in Sub-Saharan Africa in 2019.

“Our negative outlook for sovereigns in Sub-Saharan Africa is driven by persistent credit challenges related to their ongoing fiscal and external vulnerabilities,” said Daniela Re Fraschini, Assistant Vice President-Analyst and author of the report.

“That said, we expect credit pressures to ease relative to previous years, despite a more challenging external environment, as credit profiles display some resilience at their lower rating levels.”

Washington DC think tank Brookings notes in this year’s Foresight Africa report, says “The debate around the sustainability of Africa’s debt lays bare the fact that the challenge of sustainable financing for Africa’s development has not yet been fundamentally addressed.”

“A top priority for policymakers in 2019 is to ensure that their debt management frameworks and strategies are updated to the new structures of the debt, and to take bold steps to strengthen governance around tax revenue collection,” notes Brahima Sangafowa Coulibaly Senior Fellow – Global Economy and Development Director – Africa Growth Initiative.

Ratings reflect a country’s creditworthiness and the likelihood it will default. A rating of AAA indicates the entity has a strong ability to meet financial requirements in full and on time.

However, a downgrade suggests a negative outlook for the economy.