Safaricom in partnership with Kenya Commercial Bank and CBA Bank will be introducing a payments interface on M-pesa which will allow customers pre-authorisation of transactions for payment to be made later.
“Together with CBA and KCB, we’ve spent the last month (November) piloting an overdraft facility on M-PESA, which allows customers to complete their Buy Goods, Paybill and Send Money transactions even when they have insufficient funds,” said Bob Collymore, Safaricom’s CEO said on Friday during the release of the firms’ 2018/19 half-year results.

“I am pleased to announce that together with our partners we have received the Central Bank of Kenya’s approval to roll out the service under the name Fuliza,” added Bob.

Fuliza will be accessible through *234#. 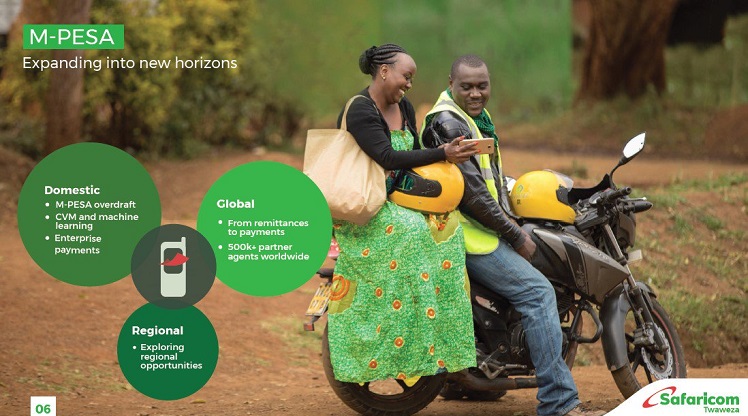 Genghis Capital analysts observe that “The firm is bullish on both P2P and new business segments under M-Pesa.”
Safaricom chief financial officer Sateesh Kamath in the half-year results, “Lipa Na M-PESA revenues have returned to growth this year following the investment made last year, recording an increase of 49.9% YoY compared to 0.9% last year.”
Collymore further said their partnership with Western Union would make it possible for customers to send money via M-PESA globally.
“The recipient of this money will then be able to withdraw the funds either from their bank or any one of over 500,000 Western Union outlets around the world,” said Mr Collymore.
Read: Pesalink Ambitious Plan to Rid Cash Off Kenyan Streets
The telco’s customer base increased by 1.5% to 29.94 million while 30-day active M-pesa customers increasing by 8.8% to 21 million.
“We are excited about the future prospects of portfolio expansion and diversification,” Collymore noted.