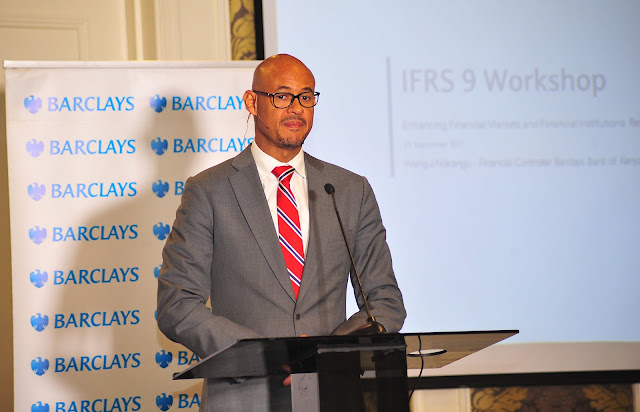 Barclays Bank of Kenya (BBK), a subsidiary of Absa Group Limited has reported a profit after tax of KES 3.8 billion for the period ended 30th June 2018, a growth of 6 percent compared to a similar period last year attributed to a 5 percent growth in total income.

However, the results were “Partially offset by growth of 3 percent and 27 percent in costs and impairment, respectively,” read a statement sent to media.

In this years’ results:

However, analysts observe that the uptick in non-performing loan (NPL) book continues being a concern, with a record high NPL ratio of 7.7 percent in 1H18 from 7.2 percent in 1Q18 and against a 3-year average of 5.4 percent.
“This is despite the sector signaling a cooling off in NPLs growth, at 12.0 percent in June 2018 from 12.4percentt in April. Gross NPLs rose 13.7percent q/q, a matter we will pursue to understand from management,” observed Genghis Capital Analysts.
In 2017, the bank reported a 17 percent decline in their profit after tax to KES 3.4 Billion down from Ksh. 4 Billion over the same period last year which was attributed to a 5 percent decline in their interest income to Ksh. 13 Billion.

The bank is optimistic that it is well positioned for the future as underpinned by its new 5-year strategy focused on driving Growth, Transformation, and Returns.

“The Board of Directors of BBK  have resolved to declare an interim dividend for the year 2018 for Shs 0.20 per ordinary share of the company to be paid on or about Friday, October 12, 2018, to shareholders registered at the close of business on Friday, September 7, 2018,” Management said.