The Critical Role Markets Play in the Agricultural Value Chain 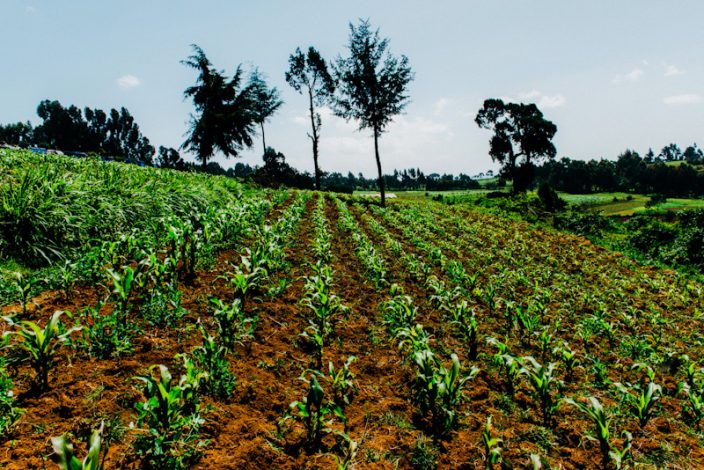 Open air markets in the hinterlands of Kenya are not just venues for transacting business. Unlike, the ones within Nairobi, Mombasa, Nakuru, they are also meeting places for relatives, friends who end up passing information about their members from the extended family.

They are a stopover market for fruit and vegetables – these are delivered round the clock from all over the neighboring regions and indeed even neighboring countries for those situated along the borders.

A similar scenario that is always witnessed is that, before dawn, retail traders and the owners of small stalls around the market arrive in to buy their provisions for the day and take them back so as to be able to sell from opening time.

There is great competition for the freshest, the tastiest and the cheapest produce, especially, vegetables and fruits because most of the small stallholders have developed a keen eye for what is best to buy.

The vegetables are cultivated in kitchen gardens for domestic use, a practice that has persisted over several generations.

Surpluses are sold by small-scale female farmers mostly in rural markets to raise cash income to meet household needs. Most of these purchases are done by the female traders who act as brokers, intermediaries who also end up to sell the same to other places.

A closer look at most rural open markets justifies that agriculture plays a critical role for the rural economies.

Wangare Mumbi, a fresh fruit’s seller at Kamkuywa market in Bungoma County who has been into the business for over 20 years, says business is good, however, because of the market dynamics they have to sell at a low price to their disadvantage.

Leafy vegetables have to be produced close to consumers due to lack of facilities to preserve and transport perishable produce to the markets. The supply of these vegetables is also limited during the dry months.

In Kenya, open-air markets play a fundamental role in ensuring food availability and accessibility, especially in the rural areas.

However, market liberalization has left many poor farmers in marginal areas with poor infrastructure and few marketing outlets which have put them at a disadvantage.

Farmers are unable to sell their produce at good prices and are unable to buy due to high prices during the deficit or dry seasons.

This has eroded most farmers’ ability to cope with incidences of food insecurity. This is according to Ken Gatobu Mwithirwa‘s Thesis Influence Of Integration Of Open-Air Markets On Food Security In Meru South And Mbeere Districts, Kenya.

Nduta Kweheria, writes, why are farmers poor if agriculture is Kenya’s golden-egg layer?

She says, first, small-scale farmers as taxpayers are paying Value-Added Tax (VAT) each time they buy seeds, fertilizer, pesticides, any foodstuff or other commodities they used to buy their homes.

They are also paying for licenses and various services and are taxed before they are paid for their produce.

So there is no doubt that small-scale farmers make up the taxpayers that contribute to the GDP, which explains the statistic that says that over 45 percent of Kenya’s Gross domestic product (GDP) is from agriculture. Despite having contributed close to half of their monthly pay, the agriculture extension officer doesn’t show up to advise the farmer; granted that often it is due to lack of transport or poor supervision.

Secondly, when a private company sends a technical adviser to the farmer to offer the same advice that an agricultural extension officer should have given, the cost of this advice is hived off before the farmer is paid for her produce.

Naomi J. Halewood and Priya Surya in, “Mobilizing the Agricultural Value Chain,” they argue that:
“Improving efficiencies in the agricultural value chain is central to addressing these challenges. Increasing productivity in agriculture is also critical to reducing poverty. Greater productivity can boost farmers’ income, especially for smallholder farmers and fishers, who have limited resources to leverage in growing and marketing their produce.

Farmers need access to reliable communication facilities and must meet high costs that come with large business operations such as loss from spoilage, brokerage charges, and strict food safety standards.

“As information becomes more accessible through the use of mobile devices for stakeholders throughout the agriculture value chain, people are gradually moving toward more efficient ways of producing agricultural products, increasing incomes, and capturing more value by linking fragmented markets. Key benefits include increases in productivity and income for farmers and efficiency improvements in aggregating and transporting products. Although elements of the mobile agriculture platform are emerging in developing countries, the full potential has yet to be realized.”

The agony many traders undergo is an eye opener to the concerned parties in government to know that:

The key to doing this is having access to new market opportunities as well as the complementary assets needed to take advantage of them while at the same time confronting new challenges.

The public sector has key roles to play as a legislator and regulator, to ensure that markets do not discriminate directly against the poor, women, ethnic minorities, or other groups; combating corruption; creating a stable political and macroeconomic environment in which economic activity and trade can flourish; and ensuring the provision of key public goods, including rural transportation, communications, marketing infrastructure, market information, and rural education.

A small fruit farmer cannot increase the value she/he creates and takes home from the market unless the trader or processor who buys is also part of a higher-value chain.

The projects that have been most successful at raising small farmer incomes have involved creating a new equilibrium of interests along the market chain, in which the farmer is a participant.

Whilst it is true that agriculture and livestock products provide society with employment, this is not reflected in revenue for the government. Put quite simply – it is not the government that reaps the many benefits of Kamkuya market, it is the people.

This has also been well reflected in, The Farmer’s Perspective: Bridging the Last Mile to Market,” a Team Booniyaad Project Report June 2013. The report findings state that:

“The farmer’s existing knowledge and expertise, or their experience in the context of the local operating environment is rarely taken into account when programs or solutions are designed.”
One, the farmer is an entrepreneurial businesswo/man:

“Every actively engaged farmer we met, whether big or small, growing cash crops or mixed-use, already upwardly mobile or just taking the first steps out of subsistence level survival, first and foremost think of themselves as entrepreneurs. The farm is their livelihood, a business activity whose returns must be weighed against the investments made in time and money.

And as businesspeople, farmers will grow what sells, hence the prevalence of maize and beans seen in the majority of the lower income farms in Kenya. Demand is guaranteed for these staples in the local market.”

Two, the farmer is a customer, not the beneficiary, of innovation:

“Mobile solutions seem to lack contextual relevance or value, they are less likely to be adopted, again acting as their own barrier to local impact.”

ICT skills – Information needs in developing countries are highly localized; therefore, nurturing a domestic ICT skills base in the workforce is crucial to the development of mobile applications and services in the agricultural space.

Supporting infrastructure – To make the more powerful mobile devices, such as smartphones and tablets, more accessible and affordable, governments will need to ensure that the private sector is capable of offering mobile broadband services at affordable prices.

If well managed, by serving the interests of the farmers and traders, open-air markets can play a valuable role in promoting and facilitating economic efficiency, by facilitating exchange and the coordination of many different kinds of resources, goods, and services.

The Booniyaad Project Report reiterates that and for the information to be of value to the farmer, it should be one that leads to rational choices.

“What the farmer needs is ‘relevant information that empowers him to make rational choices’.

However, they note that most technological models face different hurdles:

“Many projects still seem to struggle with defining information that is actionable to the farmer and her context, and thus raise a barrier to understand the intent and value that the service can provide.”
This can only be achieved when the government will provide avenues to help the producers to find ways to engage in agricultural markets on more favorable terms, specifically: Moving into new high-value agricultural market chains.