Close
Tweet
Agriculture, being practised in all parts of the country, is regarded as the backbone of Kenya in terms of economic growth. People depend on agriculture not just for raw materials but also for their food supply. Food is necessary to satisfy hunger and to provide the necessary nutrients for healthy growth.
With an expanding world population, the agricultural sector is under tremendous stress to increase its output.
Each year governments allocate funding to the sector for sustainable development. However, they have struggled to bring about tangible changes in the sector.
Climate change, rapid population growth, and urbanization present the most daunting challenge of meeting the goal of eradicating extreme hunger and poverty in Sub Saharan Africa.
With two years left to 2015- deadline for meeting the Millennium Development Goals (MDGs)- a framework established by the United Nations in 2000 to guide development in the areas of poverty, education, hunger, and disease.
Kenya is yet to achieve MDG one of alleviating people dying of hunger because there is an insufficient supply of food, and people lack enough food to eat. However, according to “The Millennium Development Goals 2011” report, notes that Kenya is still with the most undernourished people despite efforts to uplift its people from poverty with a 25- 35 per cent noting that, “Based on current trends, sub-Saharan Africa will be unable to meet the hunger-reduction target by 2015.”
The image of Kenya children in the arid and semi-arid regions starving and dying from hunger and malnutrition is certainly emotive and swiftly moves the nation and international community to compassionate action.
Given the excruciating spectacle of death and hunger, it is easy to argue that low input, low productivity rain-fed small farm agricultural production systems are the culprit and must be replaced with production systems that utilize fertilizers, high yielding hybrid seeds, pesticides, and irrigation.
Early 2010, during the opening of a three day International Conference on Community Based Disaster Risk Reduction and Climate Change Adaptation, the former Secretary-General of the Kenya Red Cross Society Abbas Gullet, said that a great percentage of Kenya was in the arid and semi-arid and its economy was vulnerable to the effects of climate change.
“…droughts and floods have far-reaching impacts on our economy. The country is just going through one of the worst droughts that have impacted negatively on our livestock systems. Food security, water resources, energy among other fabrics of our socio-economic support systems,” Abbas disclosed.
Abbas had appealed to all the key players to proactively work together in sharing knowledge learned from community-based programmes and other key disaster risk reduction players to address risk challenges at community levels in Kenya.
Similarly, long queues of farmers have frequently been witnessed at various National Cereals and Produce Board (NCPB) stores across the Western Province and the North Rift for the government subsidized fertilizer, farmers in Kakamega every planting season.
Consequently, the country’s major seed producing company Kenya Seed has occasionally announced a major shortage of maize seeds in the middle of the planting season leaving many farmers stranded not knowing what to do or where else they can obtain good certified seeds to plant as fear of getting late in planting griped them.

African agriculture is sensitive to climate change – Kenya is not left out. Many farmers in Africa will experience net revenue losses from warming according to ‘Climate Change and African Agriculture Policy Note no. 18 of August 2006 done by the Center for Environmental Economics and policy in Africa (CEEPA). It notes that irrigation is an effective adaptation against loss of rainfall and higher temperatures provided there is sufficient water available.
Scientists note that Africa’s vulnerability depends on the exposure of people and assets and capacity and means to respond.
All these justify that, rural populations heavily depend on rain-fed agriculture are most affected and the causes of food insecurity are a combination of depending rural poverty, agricultural productivity, inadequate investment in rural infrastructure, population pressure in fragile areas and extreme weather events.
The reasons behind Kenya’s reliance on rain-fed agriculture are varied and complex. Alternative farming technologies are rarely adopted because farmers lack adequate access to credit inputs and markets. Water is another limiting factor. Only farmers with access to water and efficient water management technologies can effectively practice crop diversification.
Despite the potential of rainwater harvesting to empower local communities and enhance their development capacities, there are several hindrances.

These include: lack of awareness, lack of institutional framework in terms of non-existent or poor policies at national and local levels, information gaps, low investment in research and development and lack of private sector participation indicates the World Bank Group Strategic Framework on Climate Change and Development – SFCCD  “Making Development Climate resilient: for Sub-Saharan Africa” report.
The greatest challenge in Kenya is the liberation of millions of impoverished and disenfranchised people in rural communities.
Development of the rural sector must be an integral part of economic development few countries have experienced sustained economic development without the growth of the rural sector. Similarly, all countries that have experienced significant growth have also achieved a more rapidly growing economy an example is Rwanda and Malawi.
Development of the rural communities is, therefore, not just an end in itself but has a direct and beneficial effect on the overall economic development of the nation.
A robust rural economy, income growth, and employment are crucial for achieving the Vision  2030.

Rural populations will continue to grow and there will continue to be a weak absorption of labour by other economic sectors. Thus in the short-term and the long-term, there will be a need for productive engagement in rural activities.
Small landholders in the agricultural sector must be sensitized away from subsistence farming and guided towards more rewarding commercial farming.
Improving productivity and maximising incomes of farmers.
This can be achieved through a program for subsistence farmers that not only improve productivity, but also reduce weather dependency and provide simple financing instruments to encourage investment in new technologies and equipment, increased land ownership, and easier access to local markets.

Lifting subsistence farmers out of their precarious position would be equivalent to halving the number of hungry people,” says Franz Fischler, a former European Commissioner for Agriculture, Rural Development and Fisheries. He adds,
“To tackle global food security successfully, we must change the way we treat rural development, which requires adopting a much more bottom-up approach.”
Such a strategy could accelerate agricultural growth and alleviate poverty. Nevertheless, attention to food security will continue to be important for nutritional purposes.

There, however, remains a need to focus on specialization and developing local markets. 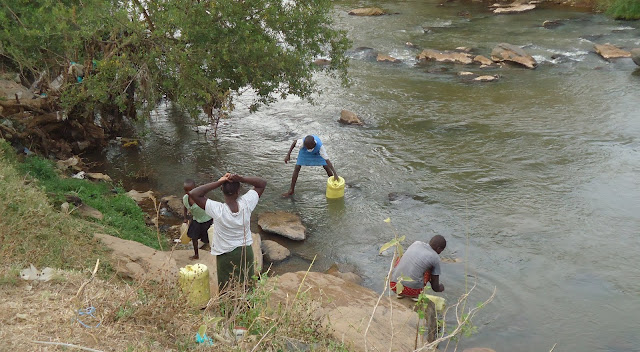 This is a reason why the ministry of finance, consider access to water and sustainable ways of harvesting rainwater for developing the Arid and Semi-Arid lands to reduce reliance on water trucking, termed as expensive and unsustainable; the need for irrigated food production as opposed to the current rain-fed agriculture to ensure food security.

The ministry also under the Economic Stimulus Program further aims at transforming the agriculture sector by supporting small farmer through agribusiness fund to ensure that farmers get essential financial assistance for tools, seeds, fertilizers, and other production chains to boost agricultural production and sustain rural livelihoods.
Earlier, less had been done to educate the nation on how to harness the benefits of planting and conserving forests.

According to the United Nation Environmental Programme, Division of Environment policy, in many countries, rainwater harvesting is still marginal and often goes unacknowledged as a means to improve the economic, social and environmental livelihoods of local communities (urban and rural).
Further, the untapped resource of rainwater is a valuable component of integrated water resources management that contributes to the global efforts towards achieving the Millennium Development Goals and sustainable development.
The pace of any paradigm shift will almost certainly depend on the perception of the government’s response to addressing risk factors associated with market dependency to meet basic needs and generate income. Markets, for example, will be expected to function optimally and to the benefit of the poor.
Risks can be mitigated by improving security in land tenure and engaging in contingency planning for natural hazards such as drought and winter flooding in the cape flatland.

Access roads must be improved and market access fees eliminated to facilitate products being brought to market. This will require greater investment in infrastructure and facilitation of efficient channels of distribution.
Tweet

How Do We Ensure Food Security in Kenya?