Need to Invest in Water 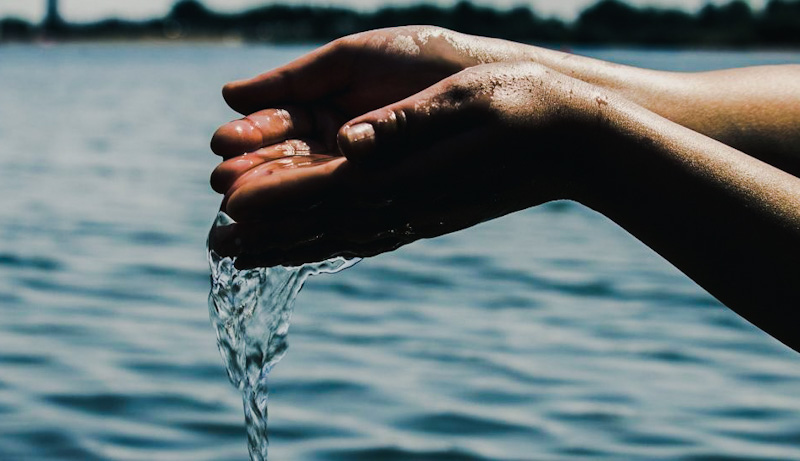 Water resources, in particular, comprise one sector that is highly dependent on and influenced by climate. Climate thus, presents a risk, to livelihoods and sometimes lives at the individual level and to the economy and infrastructure at the national and regional levels. At the same time, it also presents opportunities that can be exploited.

According to Prof. Fredrick Semazzi, Department of Marine, Earth and Atmospheric Sciences & Department of Mathematics and Prof. Laban Ogallo, Nairobi University in their paper “Numerical Simulation of Intra-seasonal inter-annual and inter-decadal climate variability over Africa.

They note that droughts and floods in Africa have become a common feature. They rank among one of the most devastating natural tragedies in recorded human history and have claimed thousands of lives as well as causing massive population displacements and economic disruption. Although major advances in understanding the nature and causes of these climatic events and their manifestations have been achieved during the past decade, a coherent picture that links the many factors which help to initiate, sustain and amplify them is still elusive.

Early September 2010, a full-page advertisement signed by the Director of Meteorological Services and Permanent Representative of Kenya to the World Meteorological Organisation showed a very comprehensive, sector by sector analysis of the effects of depressed rainfall over the next three months.

Was it a cause for alarm? Worst-case scenarios have been witnessed and reported should governments ignore the negative effects of global warming.

All over, deadly riots in the streets of Mozambique over sharply higher food prices that left 13 people dead, angry Egyptian and Serbian citizens taking to the streets, while Russian shoppers cleared shelves of staple grains.

Further East, raging floods left as many as 10 million Pakistanis homeless, also raising concerns about the country’s ability to feed itself and North Korea begrudgingly accepted a grain donation from its arch-enemy Seoul, to silence rumbling stomachs.

Barely one year ago, had extended periods of dry weather that left hundreds of thousands of livestock dead and panicked herdsmen scrambling to reach Kenya Meat Commission plans to sell the remaining emaciated animals.

Today, residents of North Eastern Kenya, the pastoralist communities are struggling to access water, fighting for the scarce commodity between humans and animals, North Rift residents of Turkana have no option but to eat dog meat as a solution to their rumbling stomachs as the government shouts out loud for answers as to why food agencies are giving conditions to the way the food is provided needs to be shared.

But were the harsh lessons of last year learned? What about this year? Perhaps not and that is why the Meteorological Services Department is warning of a repeat.

Consequently, in order to cope with these changes to improve the livelihoods of the local communities, according to the World Bank Group Strategic Framework on Climate Change and Development (SFCCD) report “Making Development Climate resilient: for Sub-Saharan Africa”, rural populations heavily dependent on rain-fed agriculture are the most affected.

Today, the country is on high alert to mitigate the effects of climate change. The mention of it is seen as an omen, landslides, floods, disease outbreak and other catastrophes are expected. This has sent many farmers to their farms to plant trees. On the other hand, measures have been put in place by the government to make citizens aware of the effects of climate change.

However, less has been done to educate the nation on how to harness the benefits of planting and conserving the forest. According to the United Nations Environmental Programme, Division of Environment policy, in many countries, rainwater harvesting is still marginal and often goes unacknowledged as a means to improve the economic, social and environmental livelihoods of local communities (urban and rural).

Further, the untapped resource of rainwater is a valuable component of integrated water resources management that contributes to the global efforts towards achieving the Millennium Development Goals and sustainable development.

After decisions were floated to tap the raging water by digging pans and building new dams. How many water pans were dug? Are the dams overflowing from last year’s and this year’s torrential rain? Is electricity generation assured so that industries do not grind to a halt again?

Rainwater harvesting improves water availability, its proximity and its quality. Thus, improving the access of poor people to water has the potential to make a major contribution to poverty eradication.

The reasons for Kenya’s reliance on rain-fed agriculture are varied and complex. Alternative farming technologies are rarely adopted because farmers lack adequate access to credit inputs and markets. Water is another limiting factor. Only farmers with access to water and efficient water management technologies can effectively practice crop diversification.

Despite the potential of rainwater harvesting to empower local communities and enhance their development capacities, there are several hindrances. These include: lack of awareness, lack of institutional framework in terms of non-existent or poor policies at national and local levels, information gaps, low investment in research and development and lack of private sector participation indicates the SFCCD report.

With rainwater harvesting, farmers can regain control over when and how to use water effectively to enhance food production. The utilisation of the harvested water is integrated with other complementary technologies (e.g. drip irrigation); improved sanitation; livelihood activities; environmental conservation; and training to ensure a sustainable rainwater harvesting system.

As a result, there is a need for practical assistance and capacity building to be provided by the private sector. Secondly, financing rainwater harvesting projects through micro-credit organizations that appear to be a sustainable delivery vehicle to enabling communities address the challenges of access to water and sanitation.

Finally, in spite of current actions and aid, more must be done and fast. A framework must be formulated to have rainwater harvesting mainstreamed into development policies and programmes.

Katie Allan, Information and Communication Officer for The Greater Horn of Africa Rainwater Partnership/ Kenya Rainwater Association (GHARP/KRA) emphasizes that, for food insecurity to become a distant memory in Africa, rainwater harvesting systems and complementary technologies need to be implemented on a large scale across the continent.

Communities should be fully involved in this process and supported by local and national governments. This goal will be more attainable if these communities also have adequate access to inputs and markets. The key to improving food security in Africa lies with the move toward agricultural independence, with wide-spread and well-managed rainwater harvesting systems.

The overwhelming economic benefits of improved water supply and sanitation and water resources management provide a compelling case for decision makers to take immediate action to resolve water challenges. Thus, as climate change knocks once more, the momentum should grow in the light of the fact that the investments required is within reach of our country.

Is there a need for a tombstone?