Close
Tweet
Civil wars are wars between groups of citizens of the same nation or country. These have created a state of contention/disagreement between interested parties in a given issue. These can be intra-state or inter-state. Interstate conflicts occur within a nation state.

20 per cent of Sub Saharan Africa’s population is affected by civil war today. Civil wars have set back national development in so many African countries, civil wars not only devastates the lives of civilians, kit damages the environment, it creates havoc on social, education and health services, it traumatizes whole generations of youth and t forces people to abandon homes and farming land, engulfing once stable family units in a flood of refugees. Conflicts not only impoverish the poor but also erode processes of democratization. They constitute a major attitude to Africa’s renaissance. Some of the causes might be:
Ethnic and religious hatred, where, these hatreds are exploited by ambitious leaders. The high incidence of civil wars in Africa is commonly attributed to ethnic diversity. This is because of varying objective group differences in wealth, income, occupation, racial, religious, linguistic and ethnic differences. These differences end up being resolved through armed conflict. For instance, civil that broke out in Darfur since 2003, the people of Sudan’s Western Darfur region had experienced a brutal government campaign of “ethnic cleansing” against civilians that share the same ethnicity as members of the rebel movements, the Sudan Liberation Army –SLA and te justice and Equality movement –JEM through the use of : one, ethnic proxy forces “Janjaweed” militias recruited from landless Arab nomadic tribes and two, the government policy of impunity for its own and its proxy forces.
Acute social and ethnic conflict such as in Sierra Leone destroyed health systems, education services, agriculture.
Secondly, Anthropologists say determinants of civil wars in Africa points to deep political and economic development failures as the root causes. The exercise of political power, particularly in the developing countries has led to consequences such as: state tyranny, terrorism, violation of human rights, exclusion of some sections of the population from the management of state affairs, genocide all of which culminate into civil wars.
Moreover, in diverse societies where inter group interactions have been uncooperative, the fundamental problem has been failure to develop political institutions able to accommodate such diversity. For instance, the civil war that broke out in Djibouti was directly linked to competition for power between the ethnic Afar and Issa.
Also, under political and economic development, distributional grievance can lead to civil war, the government’s performance is held as having particularly discriminatory against a given group or groups in society. An example is (Nigeria- Biafra War). 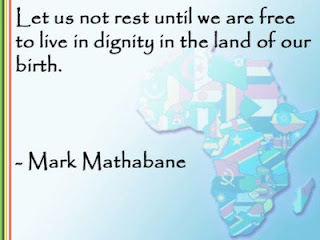 Furthermore, internal conflicts have sometimes led to the phenomenon of failed states in which central government authority collapses as has occurred in Somalia. this has proved impossible to establish a stable government. (Now with the international efforts, stability is being felt) before,  it degenerated into an all out war on the streets of Mogadishu, causing unprecedented scenes of carnage and loss of civilian life. to add up to that, one party state has witnessed an upsurge in inter ethnic violence.
Mali, the insurrection among the ethnic Tuareg in the North intensified following the over throw of the military regime of Mussa Traore. Currently, President Amadou Toumani Toure’s is almost under siege, MNLA Tuareg-led rebellion, a growing Islamist threat has been fighting since mid-January for an independent north.
Also, the Burundi civil war which lasted 10 years was sparked off by the assassin
ation of Melchior Ndadaye in 1993.
Conflicts are driven by poverty, underdevelopment and lack of economic diversification. poverty and inequality can contribute to the tensions that lead to civil war support for fundamentalist groups and common crime. Poverty is also a consequence of conflict and insecurity.
Without peace and security farmers cannot grow and harvest crops and business do not have an environment in which they can invest. Scarce resources are directed towards fighting wars, obtaining private security. Infrastructure is destroyed, food is difficult to distribute and internal displacement and refugee exodus prevent people from effectively engaging in productive activity, long term economic planning can become impossibility.

Furthermore, former colonial powers also often left countries with antagonisms tat are now being resolved through armed conflict. The legacy of European colonialism created artificial boundaries an effect of bringing different ethnic people within a nation did not reflect nor have ability to accommodate, provide for the cultural and ethnic diversity. Also for instance, previous history of Sudan, both pre-colonial and colonial is widely recognized as a major factor.

The UN had a total of 28 peacekeeping missions in Africa since 1960.

Violence characterized much of the 19th Century and British administrations, which eventually imposed peace on the country,  suddenly ,left the peripheral parts of Sudan and notably the South disastrously unprepared for political independence. This resulted into civil war in fragile new democracy in a developing country.

In Africa, religion has been a contributing factor to civil wars in several countries. Report edited in Religion and Conflict in Sudan States, religious identity, is one form of self understanding among, such as gender, class, race and where religion cuts Across multiple forms of identity as it does in Sudan,. It can be a mobilizing force for good or for ill. The potential of religions to divide as well as unify is a challenge. Since 1955, civil wars have continued to devastate large areas of Sudan, causing the deaths and uprooting the lives of millions of people and coming near to destroy the viability of state and society.
These wars are commonly characterized as conflicts between a Muslim North and a non-Muslim, partially Christian South.
In addition, religion has been used both to support an impeccable stance of armed suppression and violent resistance and as a basis for initiatives in peace, justice and community building. The report further highlights that, the claim of the government to be acting in the name of religion is countered by the change that the government has merely captured religion to serve its own political ends while secular policies have been eroded. Some argue that the government’s attempt at defining Islam narrowly and forcing it on the country’s non-Muslim populations is at the core of the conflict.
In addition, other reports view that, religious strife, civil wars and ethnic tensions are often due to the absence or demand of free cultural expression as embodied in cultural diversity.
Other factors that have driven Africa’s propensity for violent conflict is that, one, many countries are dependent on natural resources. For instance, the conflict in the Democratic Republic of Congo (formerly Zaire) , a number of complex reasons including conflicts over basic resources such as water, access and control over rich minerals and other resources and various political agendas.
Tweet