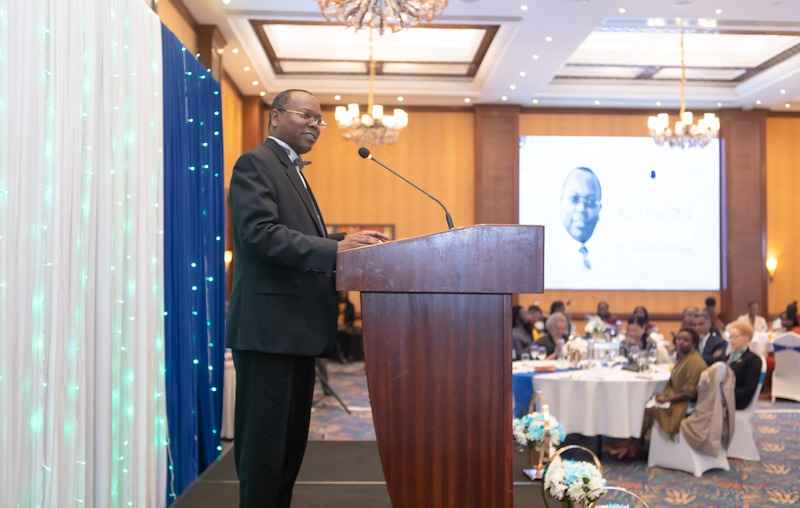 I am beyond humbled, and I am so grateful for the privilege of this award. Had my namesake, Mumbi Ngugi, JA, not already have received this award in 2013, I would have believed that it was an accident: that your Nominations Committee actually meant her – and that Elsy made a mistake and made a call to me instead. Then, it seemed too late and too awkward to correct the mistake!

I thank the Nominations Committee and ICJ-Kenya – with whom I have had a lot of collaborations over the years. A million thanks to my family for their undying support: my wife, Prof. Sylvia Kang’ara, who is present, and my children – including Keoni – who did a wonderful job with the citation. The twins – Cheri and Chenga — could not be here, but they earn their recognition for keeping me grounded. Thanks to my mom – Mama Lucy – and my siblings and extended family as well.

I would, of course, be remiss if I did not acknowledge my Judiciary family – and I see some of my colleagues here – for their support, cooperation, and collaboration in the last 11 years when I have been a judge.

Finally, there is a Band of Other Law Brothers who have stood with me and besides me since Law School days: Cyprian Nguthari Mugambi; Jelvas Musau and Njenga Njihia. Every boy child needs true friends like you!

Still, I believe that this award is not mine.

This award is meant for the many faceless Kenyans who, daily, fight for the Kenyan Constitution and Constitutionalism.

It is intended for the many nameless Kenyans who, diurnally, fight for the Rule of Law. This is not my award: it is an award for the ordinary Kenyan who stands up every day for the Constitution and lives its aspirations without even calling it by name. I am merely their proxy.

Our recent constitutional history has taught us a number of important lessons.

The first one is that the work of liberty is never done; and that the art of perfecting the Constitution, especially the Transformative variety like ours – imbuing it with contextual meanings that speak to the lived realities of the people – is never completed.

It is always an on-going work; beckoning each generation to translate their struggles for social justice within its bounds; calling them to script their quotidian quests for social meaning, equality, equity, solidarity and fraternity in its deliberate grammar of justice.

This is exactly why Kenyans created for themselves the kind of Judiciary they have in the Constitution: a robustly independent Judiciary – peopled by Judges and Judicial Officers who are competent to translate social struggles into constitutional and legal meanings.

The Kenyan people rejected the image of the Judge as a High Priest of technocracy adept at performing root-canal formalist analysis to preserve the status quo or bring about oppressive majoritarian change. Instead, they created a judge who is infused with a value-laden ethos of Transformation informed by our history and our collective ambition as a people.

The ethos they infused in the conscientious judge is inscribed, first, in Article 19 of the Constitution which informs the judge (and all Kenyans) that the purpose of recognizing and protecting human rights and fundamental freedoms is, first, to preserve the dignity of individuals and communities; second, to promote social justice and, third, to promote the realization of the potential of all human beings.

We – Judges and Judicial Officers – must never forget this solemn and proactive responsibility that Kenyans have placed in our hands:

This is the kind of stuff that attracted me to the law in the first place. I am one of the few lucky people who remember exactly when they made the decision to become a lawyer.

Saba Saba day, 1990, found me as a finalist student at Alliance High School. Many would recall that 1990, was a year of great tumult in Kenya. The clamour for Multi-partyism was at its peak. The opposition leaders – among them many prominent lawyers – had organized a rally on Saba Saba Day at Kamukunji Grounds to press the government to allow multipartyism. The security forces ferociously descended on them, brutally clobbered them, viciously assaulted them, and arrested some. Indeed, a few – like Charles Rubia and Stanley Matiba – had been detained just before Saba Saba day.

I recall reading a copy of the Daily Nation the day after Saba Saba at the Inner Senior Prefects Common Room. There was a picture of Paul Muite, SC. He seemed to stare straight at the security forces as if to dare them, Unbowed in the face of astonishing show of crude force. There was a story about how he had eluded the Police as they attempted to arrest him (they had earlier arrested his then partner, now Supreme Court Justice Mohamed Ibrahim). There was a defiant quote by Mr. Muite about how Kenyans will not rest until multi-partyism was returned and the Constitution changed. Then, at the back of the newspaper, there was a photo of Mr. Muite’s wife.

The editor made a point to describe her as a Medical Doctor. She looked beautiful and elegant. And she was quoted as calling for the government to stop harassing her husband and other agitators for human rights. I instantly wanted to be Paul Muite! It seemed endlessly cool to be a human rights lawyer; and, of course, to have such a beautiful and elegant wife!

Of course, Paul Muite would go on to be named a Jurist of the Year in 2015 for his life-long struggle for human rights, the rule of law and constitutionalism. I salute you, Paul Muite. You have been a true inspiration to me.

I must add that while I prayed to be a Human Rights Lawyer like Paul Muite, I must have also forgotten to pray to be a successful and rich litigator like him: I was granted what I prayed for only – the human rights part – while, of course, I took a vow of poverty in being, first, a law professor, and then, as if that was not bad enough, a Judge. 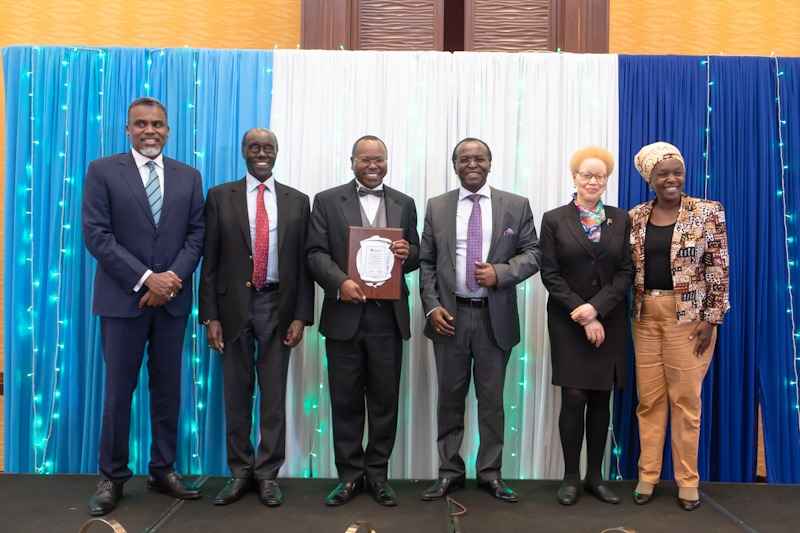 The second lesson from our recent constitutional history is the durability of our Constitution. Many Kenyans now say that our Constitution is capable of fighting for itself. Katiba inajilinda as Kenyans on Twitter famously say. The Constitution has been equipped with its own self-defence mechanisms.

I think Kenyans are right. Indeed, it is the beauty and the promise of this Constitution that beckoned me from the relative comfort of William Gates Hall at the University of Washington School of Law as a tenured Associate Professor of Law to come home and become a High Court Judge in 2011.

This Constitution triggers in me my native optimism for Kenya, and I wanted so badly to be part of its implementation. I realized that our Transformative Constitution has its own ammunition to barricade itself from destruction. It gives ammunition to those ready to defend it or those charged with the responsibility to interpret it, such as judges. The Kenyan Constitution is radical in including its own theory of interpretation to prevent the elites from subverting it. It is also Transformative in three key ways:

In these three protections, the Constitution is a powerful emancipatory tool for all Kenyans: to preserve their dignity, to promote social justice, to promote the potential of all human beings.

That is why there is no greater fulfilment for me, no greater honour than to wake up every morning and go to work when my job description includes the interpretation, giving meaning to, and enforcement of this radical human rights and governance charter.

For me, to be recognized for doing that work is an added bonus; an icing to the cake. But to work every day to bring to life the Project Kenyans scribed in the Constitution in 2010 is adequate honour in itself.

However, it is important to acknowledge, even as we celebrate the durability of our Constitution, that there are dark clouds looming – threatening our polity and social fabric.

The single greatest threat to our constitutional democracy, one anticipated by our Constitution but not prioritized by the political, economic and legal elites charged with its implementation, is the failure to animate credible mechanisms for sharing our resources and prosperity as a country.

There is a reason the Constitution pairs human dignity with social justice: there can be no human dignity in the midst of iniquitous want of basic human and social needs for the greater majority of the population while others swim in depraved opulence.

So, my call for you today is to harness the virtuous anger that the Constitution teaches us to have – to see the massive failures to share prosperity and resources that is structurally inbuilt in our economic and political system – and to use the tools the Constitution has bequeathed us to bring about the required Transformation.

I look forward to seeing future Jurist of the Year Awardees who have dedicated their careers to animating the constitutional tools for sharing our prosperity. Once again, I thank ICJ-Kenya for this great honour. And I thank all of you for your kind attention.