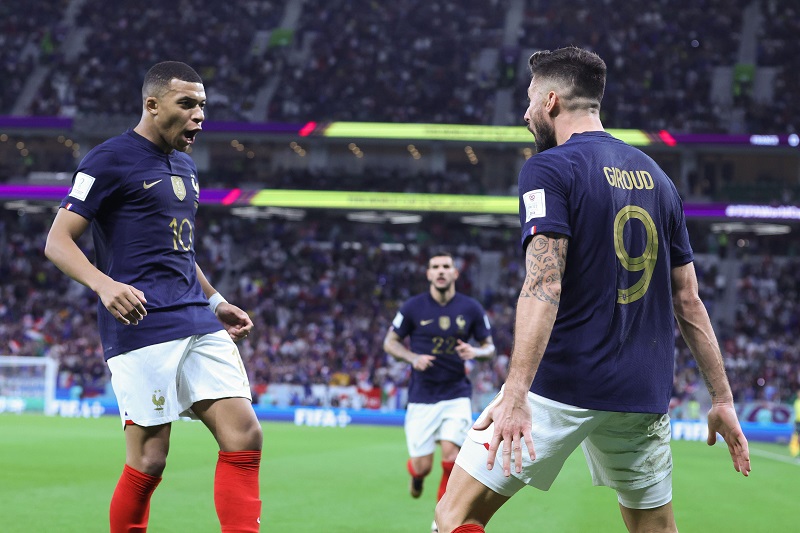 The Poles began brightly as they kept the defending champions at bay with a solid defensive spread in the first half.

A lack of concentration in the dying minutes of the first half would allow the French to take the lead when Olivier Giroud ran into a through ball from Mbappe, and the AC Milan forward dinked the ball past Wojciech Szczesny.

A historical strike it was as it moved the former Arsenal forward ahead of Thierry Henry to become France’s all-time leading goal scorer.

Czesław Michniewicz’s side would try to get level and began brightly in the second half but had their hopes crushed when the PSG forward doubled the lead with a smashing hit into the roof of the net.

Mbappé added a third in the 90th minute, burying a powerful effort into the top right corner, this time from a similar position to his first goal, before Robert Lewandowski pulled one back from the penalty spot.

Les Bleus will progress to the quarter-finals and will face the winner of the clash between England and Senegal.