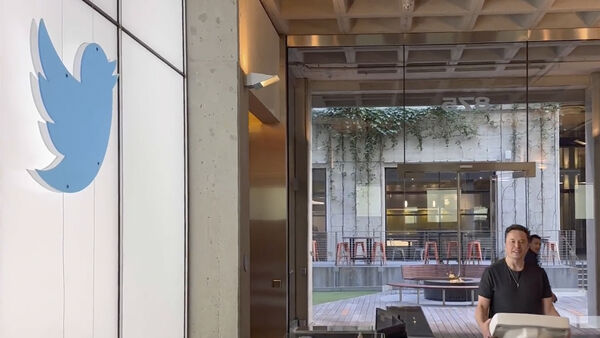 Elon Musk plans to assume the role of chief executive officer at Twitter Inc. after completing his $44 billion acquisition.

the bird is freed

He is also the CEO of Tesla Inc. and SpaceX.

In a twist of events, Musk has posted a video showing him strolling into Twitter headquarters.

Musk also changed his Twitter profile to refer to himself as Chief Twit and his location as Twitter headquarters based in San Francisco.

Musk tweeted on Thursday that he was buying Twitter “because it is important to the future of civilization to have a common digital town square, where a wide range of beliefs can be debated in a healthy manner.”

According to news sources, Twitter’s top executives stand to make a total of $88 million between them.

According to Insider, Parag Agrawal is set to receive the largest payout of $38.7 million, largely due “to the entirety of his shares vesting upon his firing”.

Twitter’s chief financial officer Ned Segal, is set to receive $25.4 million, and Vijaya Gadde, the chief legal officer, will be richer by $12.5 million after his firing.

Signs to Look Out When Dating an Emotionally Unavailable Partner