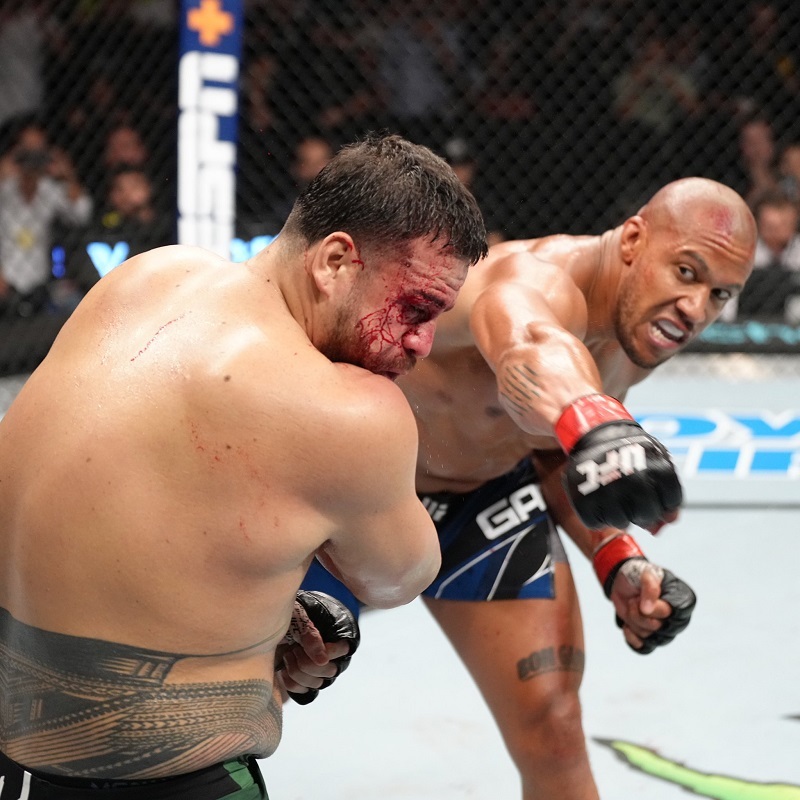 Ciryl Gane knocked out Tai Tuivasa in the third round in a fascinating heavyweight clash in Paris.

The debut show in France did not disappoint, with the main event providing a spectacle for the fans in attendance at the Accor Arena.

It was the promotion’s first major event in the country since the sport was legalised there in 2020.

Spurred on by a lusty first-round rendition of ‘La Marseillaise’, the French national anthem, the two heavyweights put on a barnburner of a fight in the main event that made the long wait for the sport’s regulation worth it for the French fans.

The two clashed in a fascinating clash that saw Bam Bam send Gane crashing to the canvas with a sledgehammer right hand in the second round, but Gane roared back with a series of brutal blows to the body that almost ended the fight.

A right uppercut marked the beginning of the end, and Gane stalked his man down, landing thunderous blows with both hands to secure the KO with 37 seconds left in the frame.

In the co-main event, Rob Whittaker showed his class with a dominant points win over Italian Marvin Vettori.

Eyeing a third crack at regaining his UFC belt from Israel Adesanya, Whittaker comfortably took the three-round win in a unanimous decision 30-27, 30-27, 29-28.

Premier League: Chelsea Come from Behind to Beat West Ham 2-1