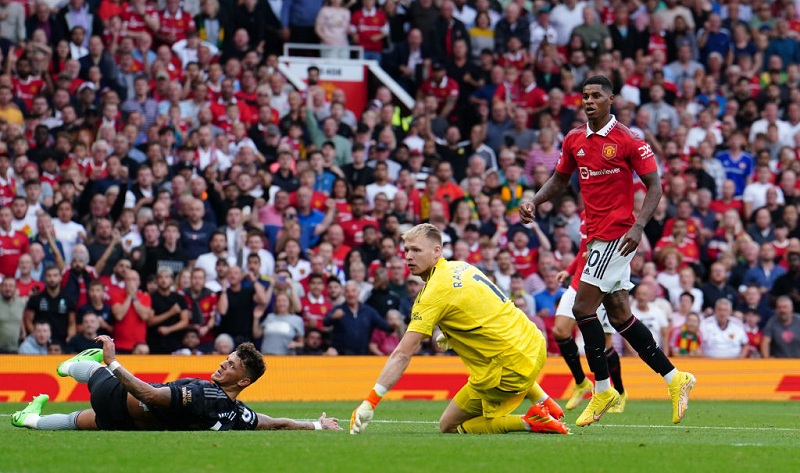 United began the match brightly, controlling the tempo but found themselves behind when Gabriel Martinelli latched onto a through ball to open the scoring. A VAR review cancelled the Brazilian’s effort with a foul on Christian Eriksen in the build-up.

The visitors eased into the game and began enjoying more possession and chances, but the hosts went ahead through new signing Anthony, who was teed up by Rashford and put the ball behind Aaron Ramsdale.

The Gunners continued pushing for an equalizer that came in the second half through Bukayo Saka’s at the hour mark.

The visitors would find themselves behind again when Bruno Fernandes played through Rashford, who slotted home before putting the game to bed in the 75th minute finishing from a pass from Eriksen.

“They both played great, a continual threat. I know our offense is really strong; they are creative and have speed,” Ten Hag said of Antony and Rashford.

“This is the first time they have played together, and this performance is great to see.

“I thought the first 10 minutes was the best we have played so far this season.”

“We are happy and satisfied with the win, also the performance against a really good team,” Ten Hag said.

The result ended Arsenal’s perfect start to the season, with United grabbing their fourth league win.

Don’t miss the best football action on SuperSport on DStv and GOtv. Visit www.dstv.com and www.gotvafrica.com to subscribe, upgrade, and join in on the excitement. And while you’re on the move, you can stream matches on the DStv App.