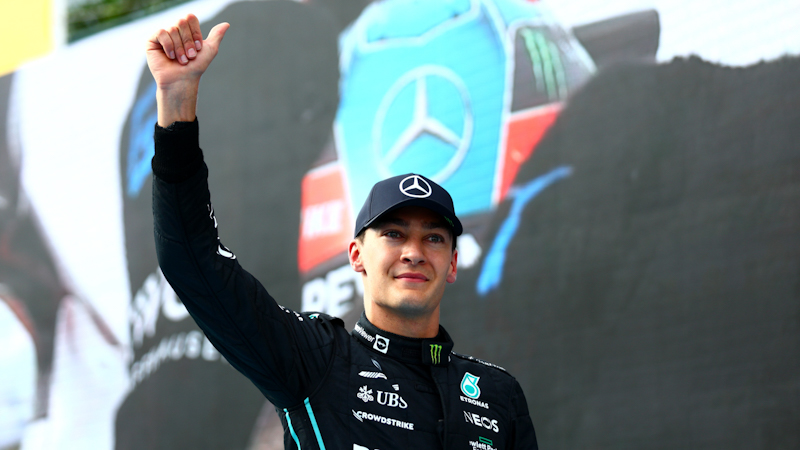 George Russell claimed the first pole position of his Formula One career ahead of Sunday’s Hungarian Grand Prix, the 13th round of the 2022 Formula 1 World Championship.

Unbelievable job from the whole team to take us from our toughest Friday to our best Saturday together so far. YES TEAM!! 👊 pic.twitter.com/gYh3JDVVD3

Viewers on DStv can watch the 13th round live from the Hungaroring in Mogyorod on Sunday, July 31 2022.

SuperSport is your #HomeOfSport and the ultimate destination for motorsport fans.

The Hungarian Grand Prix will be the last race before an almost month-long summer break, with the Belgian Grand Prix’s next event on August 28.

Red Bull has enjoyed a strong dominance through the first half of the season, with Max Verstappen looking a strong favourite to retain his Drivers’ Championship – though the Dutchman is taking it one race at a time and not thinking about the long game just yet.

“There are still so many races left, I am not thinking of the title,” said Verstappen.

“It was the same last year: I did not consider or look at the bigger picture of the title, the team just focuses on doing the best at each race and we build it from there.”

Verstappen and Red Bull’s main threat for the Drivers’ and Constructors’ titles come from Ferrari and their pilots Charles Leclerc and Carlos Sainz Jnr. The Scuderia have looked as strong as their Austrian opponents, but reliability issues and poor strategy calls have affected them – Leclerc in particular.

“To go into the summer break with a positive result would be great,” said Leclerc, who is not giving up on his fight for the title.

“It will take time, but in the meantime, we just need to focus on the job we have to do on the track, and I’m again very confident that if we do everything perfect on track, we have the car and we have the people inside the team for us to win races and to win the Championship because ultimately that’s the goal.”

Mercedes have endured a tough campaign but has shown flashes of an ability to compete with Red Bull and Ferrari in recent races. Lewis Hamilton will especially look forward to returning to the Hungaroring, having claimed a record eight F1 race wins at the venue.

However, last year’s Hungarian GP went awry for the seven-time World Champion, with the bizarre sight of him starting alone on the grid when all 19 other cars had peeled off into the pits to change to dry tires after the warm-up lap.

No rival can compete with SuperSport’s coverage. Viewers on DStv can see all the action from the fastest sport in the world on their Channel of Champions.

Kenya Election 2022: We Are Not Shutting Down the Internet