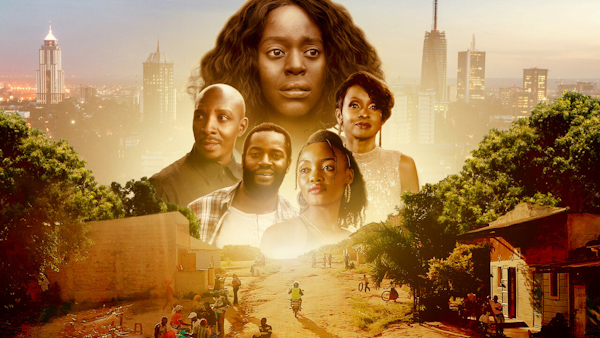 ‘Country Queen‘ is set in contemporary Kenya. It is a family drama that tells the story of ordinary citizens fighting against corporate power that threatens to destroy their homes and lives.

The series focuses on the issues of land grabbing and exploitation and how these factors impact the lives and relationships of the main characters, their families and communities.

“We’re excited to bring this authentic Kenyan story to our viewers worldwide. More than 222 million entertainment fans will get the opportunity to experience Kenya’s talent and creativity with Country Queen,” says Nkateko Mabaso, Netflix’s Director of Licensing in Africa.

“The MOU we signed with the Kenyan government in April signalled our intention to meaningfully contribute to Kenya’s creative community and through this title, we want to show – not just tell – how committed we are to making sure Kenyan stories find a place to shine on a global stage.”

What happens when the past and the present collide? Follow the tangled story of love, betrayal and power, as Country Queen – our long-awaited series finally premieres globally on Netflix this Friday 15 July! #CountryQueenKenya #CountryQueenNetflix #CountryQueen pic.twitter.com/bRfIDJUFNK

Filmed in Nairobi, Machakos and Murang’a counties, ‘Country Queen’ stars Melissa Kiplagat as Akisa, a woman from a sleepy village who now leads a comfortable but complicated life in the city.

Her dark past and complex relationship with the powerful and ruthless Sibala family sets a string of events with rippling consequences in motion.

Actor Melvin Alusa and Blessing Lung’aho are the main characters in the first Kenyan-licensed branded series, ‘Country Queen’ on Netflix.

Directed by Vincent Mbaya, Tosh Gitonga and Brian Munene, the series also stars Melvin Alusa, Blessing Lung’aho and Nini Wacera in a thrilling tale that shows what happens when the past and present collide.

Speaking on the release of Country Queen, the producers say: “Country Queen is a unique drama series that straddles the rural and urban worlds and the inevitable clash of modernity and tradition.

The series also gives a unique and dynamic perspective to Kenya and East Africa, showcasing a unique combination of the region’s characters, cultures and perspectives.

Producing Country Queen was also an exceptionally thrilling experience, as it is Netflix’s first Kenyan co-production. The show is authentically African and delivered to the highest of standards. We are indeed excited for Country Queen and what it means for the future of the Kenyan film and television industry.”

Khusoko is now on Telegram. Click here to join our channel and stay updated with the latest  Entertainment news and updates.

Laiza is a seasoned and experienced freelance editor and copywriter, who's passionate about authentic content that drives sales. She has a Bachelor of Arts-Political Science, from Moi University.