Kenya Elections 2022: The Stakes and Hope For Peace 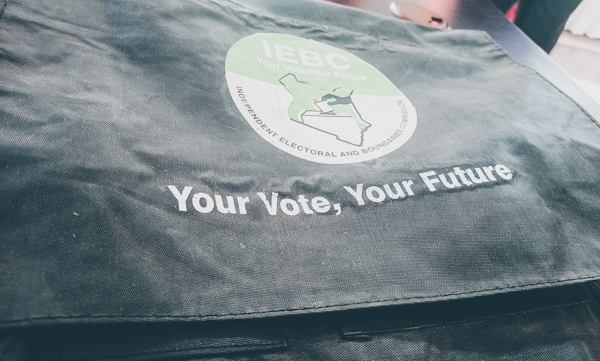 Every Kenyan needs to understand the monumental importance of registering to vote and the need for a strong democratic society where the voices of all citizens are heard and not pushed aside.

Every five years the electorate is allowed to make a choice on who they trust to better promote their beliefs, ideas, and initiatives.

The coming General Elections are a constitutional opportunity given every five years to the electorate as a means of enforcing political accountability on those who had voted in the last General Election.

The Constitution of Kenya allows every citizen of Kenya to trumpet and support any person who is eventually cleared by the Independent Electoral and Boundaries Commission (IEBC) for any elective office and that is true democracy.

This is also the season for political aspirants to market themselves to the electorate. The electorate is now being wooed day and night and through all manner of endearments.

2022 will witness another democratic transition.

As a result, civility in the political discourse of Kenya is a prerequisite for peaceful general elections when the electorate goes to the polls on August 9.

Civility is politeness, courtesy, good manners, graciousness, and cordiality in the way human beings interact with each other.

However, already violent histories, climate change-induced conflict, and ethnic tensions threaten to ignite widespread violence ahead of the polls.

“Elections have a history of flaring up existing tensions in Kenya,” Marie Ladekjær Gravesen and Evans Muriu write in the DIIS Policy Brief.

In April, the National Cohesion and Integration Commission listed 23 counties that are considered potential violence hotspots. This is in cognizant that elections in 1992, 1997, 2007, and 2017, were all marred with varying degrees of violence.

Sadly, during the election period, sexual violence becomes the single most cruel, steadily growing crime in Kenya, Security personnel vested with powers to provide security to its citizens are normally the ones perpetuating sexual crimes and then failing to investigate them.

The International Federation for Human Rights (FIDH) and the Kenya Human Rights Commission (KHRC), found out that Kenyan authorities failed to respect their obligations to prevent, protect, investigate, prosecute, and provide for meaningful reparations for victims of sexual crimes committed during the 2017 election.

“Sexual violence can have multiple physical, psychological, economic, and social consequences. It can also have political consequences, in particular affecting the participation of women in electoral processes and political life,” their joint report Sexual Violence as a Political Tool During Elections in Kenya. State Actions Needed Ahead of the 2022 Polls states.

In its 2018 report, KNCHR found that at least 201 people, mostly women and girls, had experienced sexual violence while acknowledging that this figure was probably a low estimate.

Sexual violence accounted for 25.17% of all the human rights violations documented by KNCHR, making it the second most common form of electoral violence (after physical injuries).

KNCHR estimated that the vast majority of survivors were women (over 96%), aged up to 70, although cases of sexual violence against men, aged up to 68, were also documented (over 3%). Children as young as seven were targeted.

“ KNCHR further found that perpetrators comprised 54.5% of police officers and 45.5% of civilians.”

Besides all the emerging challenges, hope remains high that peace will prevail.

Khusoko is now on Telegram. Click here to join our channel and stay updated with the latest East African business news and updates.