Kenya Airways on Friday said that its losses during the first half of the current fiscal has widened to Ksh 21.07 Billion, as against losses of Ksh 8.05 Billion it had incurred during the same period last year.

Its total revenues fell to Ksh 30.21 billion while passenger numbers dropped to 1.1 million, and passenger revenues declined to Ksh 20.23 billion.

“During the first half of 2020, operations were severely impacted by the Covid-19 crisis resulting in depressed half-year results.

The network activity from April to June was minimal due to travel restrictions and lockdowns effectively reducing operations to almost nil in connecting our home market to key cities.

Measures were put in place to preserve cash including cost savings measures and reduced activity for employees,” Kenya Airways said in a statement signed by Board Chairman Michael Joseph.

Capacity deployed in Available Seat Kilometres also declined by 53.5 percent. During the period, the airline recorded a loss before tax of Kshs. 14,355 million a 68 percent drop from the prior year at Kshs. 8,562 million.

This announcement follows the positive performance of the airline for the year ending December 31st, 2019, which saw a 12.4 percent increase in revenue from KSHS.114,185 million in 2018 to KSHS. 128,317 million, the airline’s best performance yet.

“Faced with diminishing revenue occasioned by reduced demand in passenger business and increased costs due to tighter health and safety measures, the management focus for the rest of 2020 will be ensuring the survival and a rebound of the company.

We expect the Nairobi Securities Exchange to extend the period of suspension from trading of KQ shares from October till the end of the year,” commentary from Sterling Capital.

The Kenyan government, which owns 48.9% of KQ, is expected to buy out the remaining holders of 51.1% of the shares by October, and form Aviation Holding Company to run the national carrier and Kenya Airports Authority (KAA). 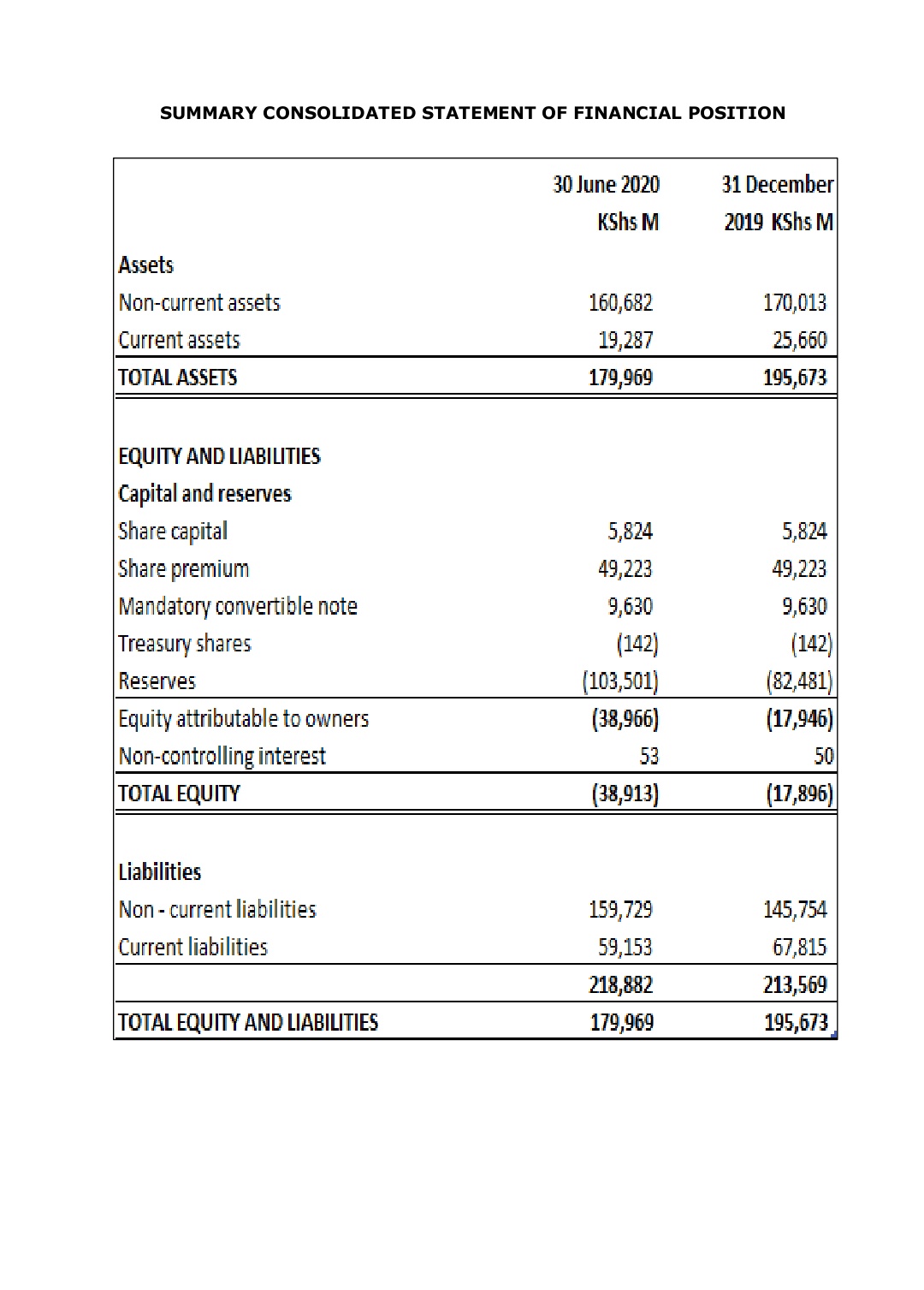 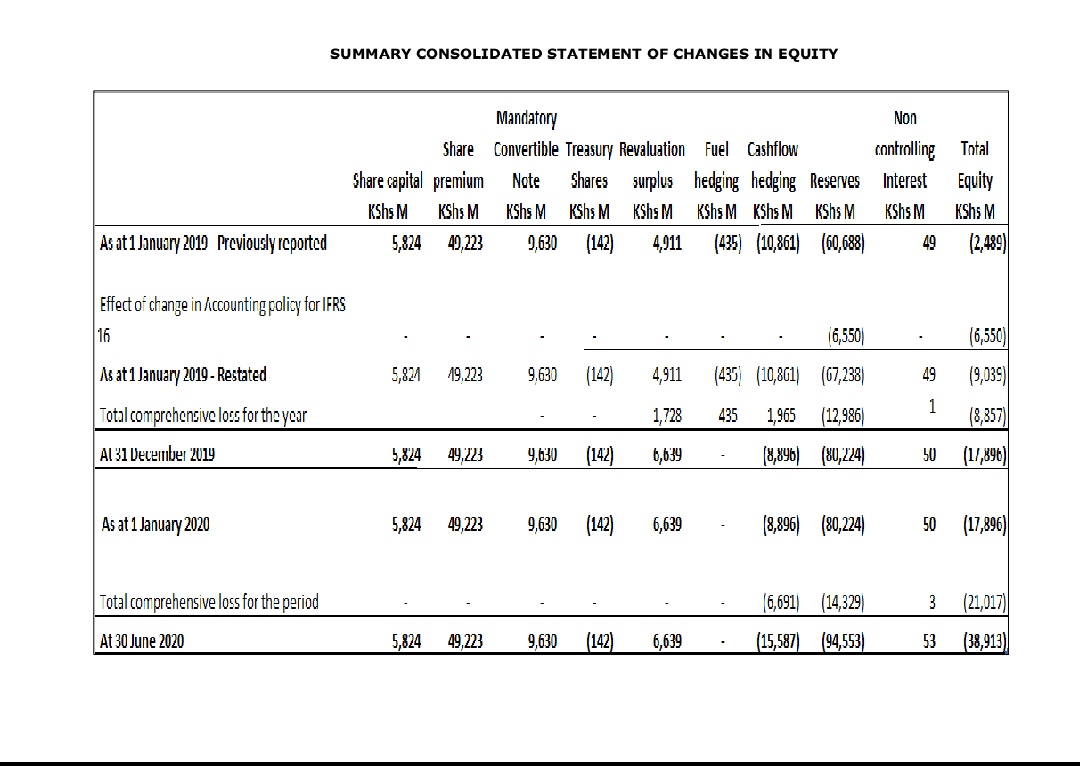 Safaricom to Operate in Ethiopia as ‘Safaricom Ethiopia PLC’

Kenya Current Account Deficit Widens to 5.5pc in May

Covid-19 Surge Drops in Africa, But “Be Under No Illusions” WHO Warns

Are Data Centers In East Africa Ready For Digital Demands?