Treasury bills were oversubscribed by 112.7per cent an increase from 56.9% recorded the previous week underscoring the ample liquidity in the market.

The money market was liquid during the week ending April 2, supported by government payments.

The acceptance rate increased to 100.0 per cent from 85.3 per cent recorded the previous week, with the government accepting all the Ksh 27.0  billion worth of bids received. 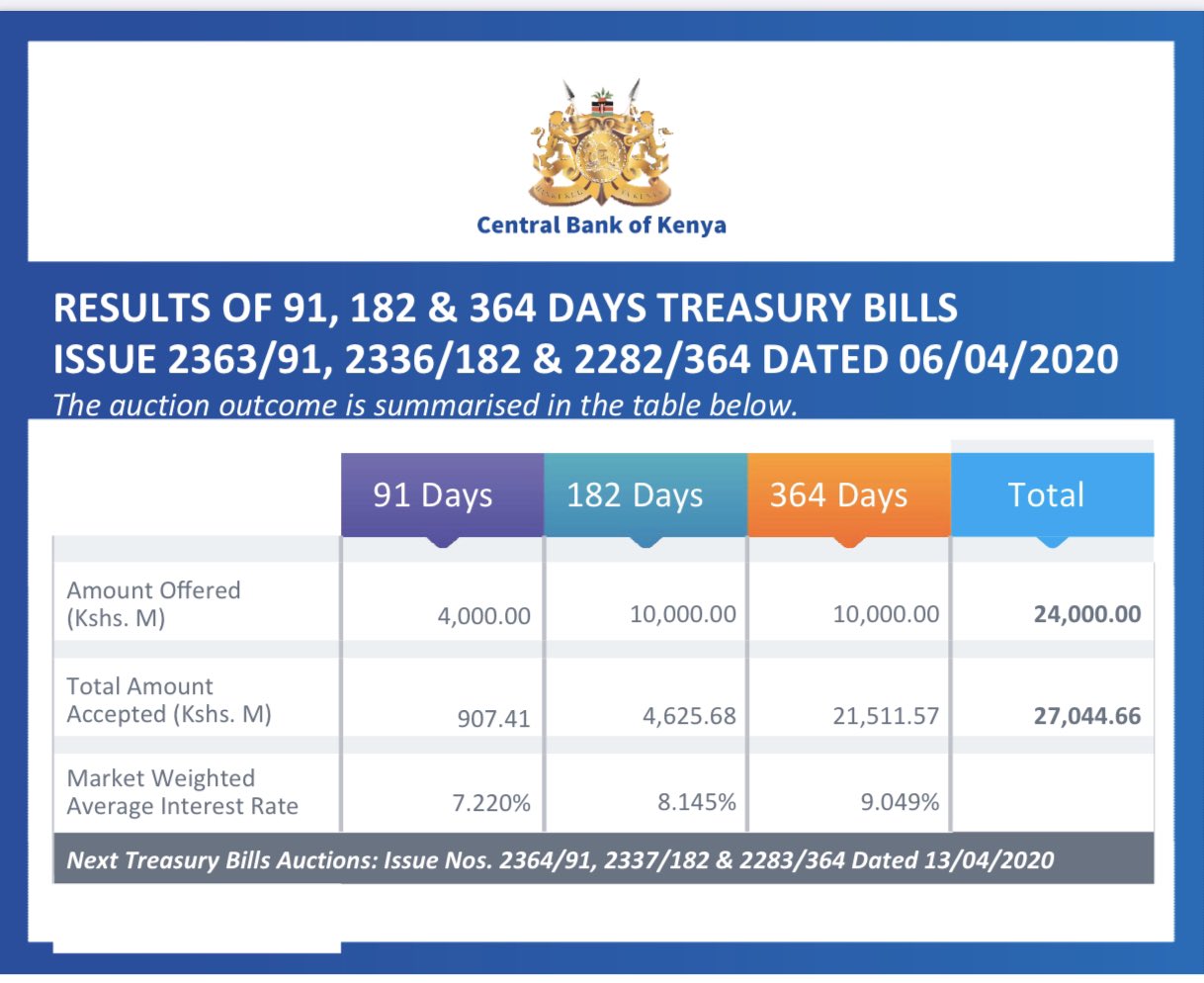