Known for his husky voice, Kenny dominated the pop and country charts in the 70s and 80s punctuated with a string of sleeky tailored hits that dominated airwaves.

A special ‘Biography: Kenny Rogers’ had been announced by A&E in early March which was set to hit the airs in April 13.

According to a statement by family representative Keith Hagan, Rogers ‘passed away peacefully at home from natural causes while under the care of hospice and surrounded by his family’. 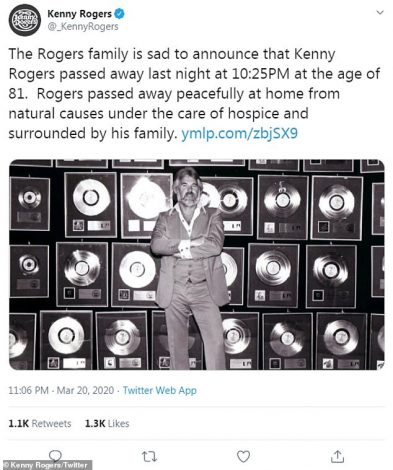 Kenny has tied the knot five times. Until his demise, he was married to Wanda Miller since 1997 and have remained together since. Their union was blessed with 14-year old identical twin sons Jordan and Justin. 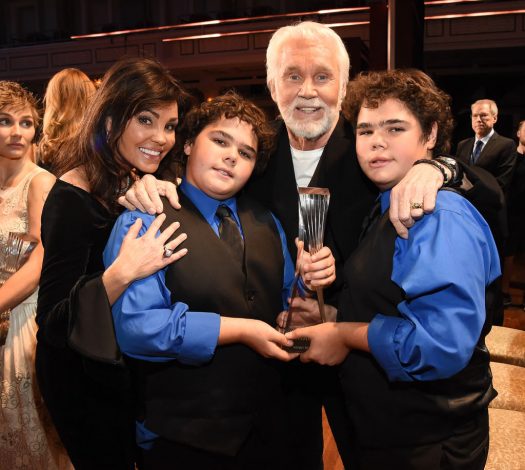 Raised in a public housing in Houston Heights with seven siblings, Kenny’s story is a true statement of ‘from rags to riches’.  He was the fourth of eight children in a poor family. He took the guitar at adolescent age and his professional music career began.

At age 20, Kenny released his first single ‘That Crazy Feeling’ under the stage-name Kenneth Rogers.

Country Historian Bill C. Malone notes that Kenny’s ingratiating style was the key source of his immense success in Music.

Kenny invested his resources in a variety of endeavors over the course of his career, including a passion for photography that led to the publishing of several books including an autobiography Making it with Music.

In 2007, The Gambler became the unofficial anthem of the England World Cup Rugby team.

Kenny announced his retirement in September 2015 after a remarkable 60 years.