9 school-going children aged between 7-14 yrs, from Dandora slums, will be the first Kenyan talents to featured in Cartoon Network Pop Up Party Show from 29th Feb.

It is also the first show for the network to be shot in Kenya. The 9 dynamic talents will be performing trendiest dance moves including Bazokizo, Shaku Shaku, Vimbada, Gwara Gwara. 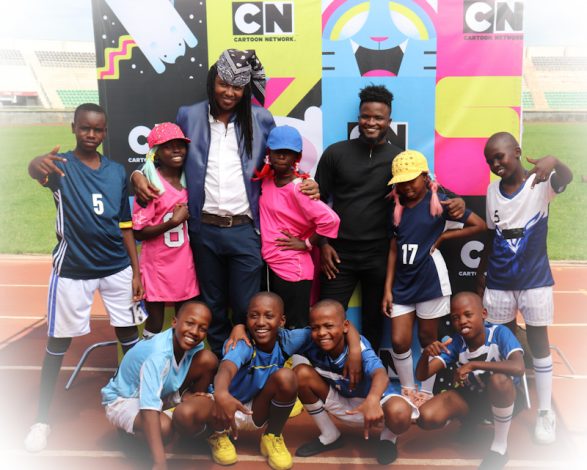 The talents will produce 8 brand new stylish videos highlighting one dance style performed on an original music track which will showcase some amazing locations that depict Kenyan culture and landmarks.

The brand-new Pop Up Party videos, captures the vibe of the locations, the beauty of movement and shares a message of positiveness and creativeness in a unique Cartoon Network way, launches on Saturday, 29 February, on Cartoon Network Africa, DStv, channel 301 and GOtv, channel 67.

“We excited to unveil these dynamic street dancers who have now gained a global platform to showcase their talents,” said Philippe Bresson, a Kenyan Photographer, filmmaker, editor and corporate video producer who is also co-director of Pop Up Party.

“The children are a part of a community center in Dandora, Nairobi. They have been dancing and trained by Kenyan artist Bruz Newton. Bruz Newton is from the area and believes that children should be encouraged to utilize dance as an artistic expression,” he added.

The show will air at 09:40 East Africa Time on the Cartoon Network channel on both DStv and GOtv.