The Central Bank of Kenya (CBK) said: “It received bids totalling KSh 8.1 billion against an advertised amount of KSh 21.7 billion.”

The sale period of the bond was between Nov. 26 to Nov. 28 on a first-come-first-served basis.

During the initial auction, the bond was undersubscribed, with the subscription rate of 76.8%, on the back of an expected increase in private sector credit with banks now looking to lend to the private sector, due to the interest rate cap repeal. 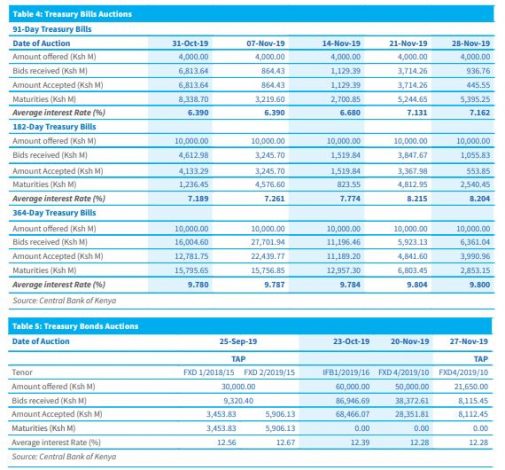 The CBK reported that they received bids totaling KSh 8.4 billion against an advertised amount of KSh24.0 billion, representing a performance of 34.8 percent.