The world’s greatest marathoner Eliud Kipchoge has put city radio, NRG Radio, on the chopping board for using his name without permission.

Through city lawyer Donald Kipkorir, Kipchoge has given the radio 2 hours to respond, from 2 pm.

As the world was celebrating Kipchoge’s glory, the radio station was not left out and decided to bask in his glory as well and announced it would change its name for a week and be recognized as Kipchoge radio. 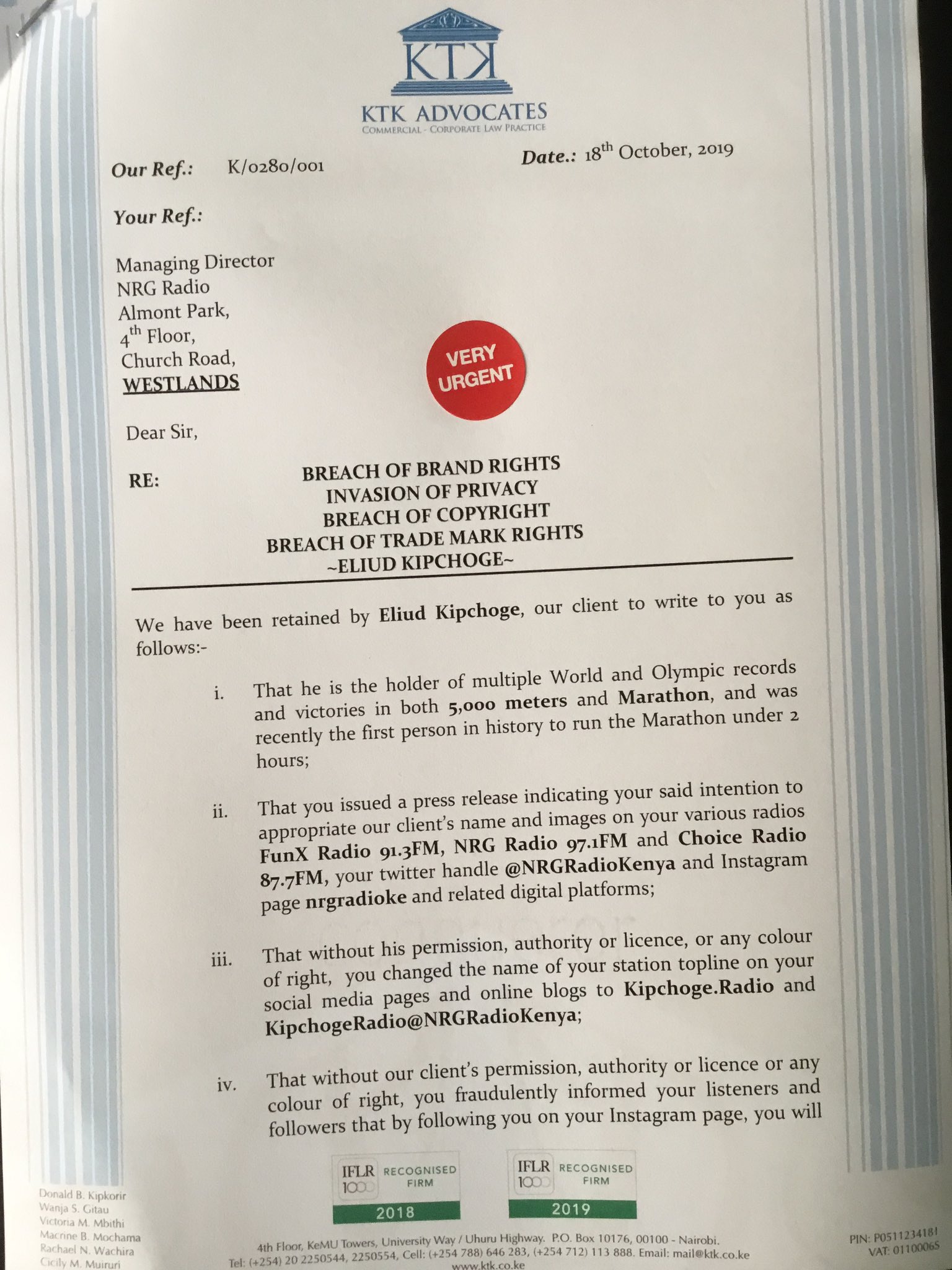 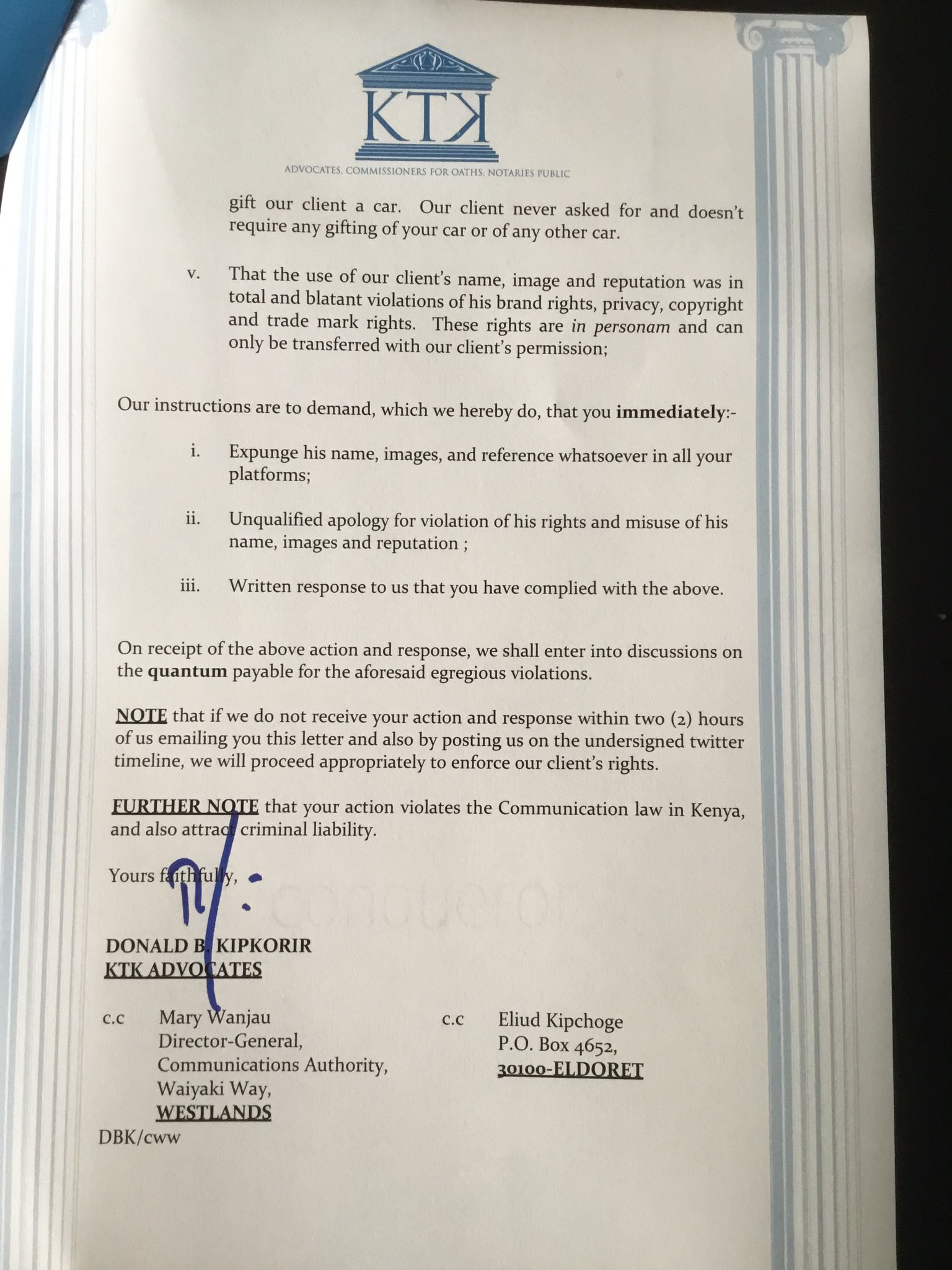 Seemingly, NRG Radio was copying a move by telco giant Safaricom, which changed its M-pesa identity to Eliud, to celebrate the legend.

Kipchoge has received immense endorsement, support, and goodwill from all over the world and it’s understandable why NRG Radio could not be left behind in claiming a piece of Kipchoge.

The radio station had also promised to gift the legend with a posh car, should its fans like its social media pages to hit a million mark, but Khusoko understands Kipchoge rejected that offer as well.

Kipchoge is known to be a down-to-earth champion who does not glow in his own glory and prefers his privacy.

After his historic exploits in Vienna, Austria, Kipchoge sneaked back to the country aboard a Kenya Airways flight, and he preferred not to step in first class.

Ineos 1:59 Challenge: I am Running to Make History – Eliud Kipchoge