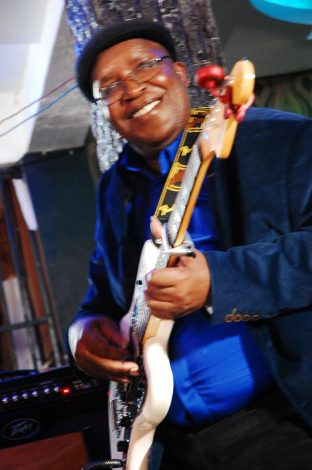 Mose Fan Fan, a guitarist, composer, and band-leader from the Democratic Republic of Congo has died. He was 75.

According to sources, he died on May 3 on arrival at a Kasarani hospital in Nairobi according to his producer Tabu Osusa.

He is popularly known for his hit song “Papa Lolo”.

He began to play music when he was sent to boarding school in Kinanga.

On his return to Kinshasa he joined Rickem Jazz then Revolution for low-key evening performances as a featured guitarist. Franco spotted him playing with Revolution and invited him to join OK Jazz, with whom he stayed for several years. Eventually, and in tandem with several fellow OK Jazz musicians including Youlou Mabiala, he left to form Orchestre Somo Somo.

The name translates as ‘double dread’ and was lifted from the 1972 hit song ‘Djamelasi’, which Mose wrote for OK Jazz. However, the band collapsed when Mabiala was injured in a car crash.

He eventually returned to Franco while other former members of Somo Somo joined Tabu Ley and Orchestre Verve.

Mose elected to leave Zaire, and set up new incarnations of Somo Somo in Zambia, Tanzania and Kenya. During his five years in Tanzania he also worked simultaneously with Orchestre Makassy, writing songs such as ‘Mosese’ and ‘Meloma’ for them.

In Kenya, he met Robin Scott (the musician behind M’s ‘Pop Musik’), who encouraged him to come to London and stay with him. Offered a contract by Stern’s Records, Mose assembled an English-based version of Somo Somo. Two albums were released, the second recorded in Paris, at which time Somo Somo collapsed once more.

Back in England, he produced an album with Bana OK, featuring several veterans of OK Jazz, but the project was abandoned when the group was unable to gain a visa to play live.

Later, he worked for six months as a civil servant with the Royal Army Medical Corps but was inevitably drawn back to music.

These sessions were again credited to Somo Somo.