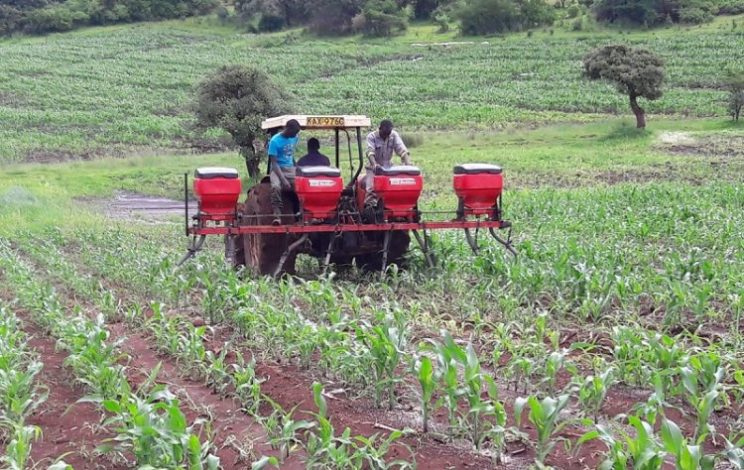 Kenya’s 3Q18 economy grew at its fastest pace in December, thanks to favourable weather conditions, coupled with a stable macroeconomic environment.

Data from the Kenya National Bureau of Statistics (KNBS) in 3Q18 showed the country’s economy grew 6.3% between March and June.

During the first half of the year, the agriculture sector contributed KSh1.67 trillion to the economy, manufacturing KSh349.41 billion, transport and storage KSh323.54 billion, wholesale and retail trade accounted for KSh311.46 billion.

“Accommodation and food service and Information and communication recorded the highest growths of 15.7% and 12.6%, respectively in the quarter under review,” the report stated.

Jibran Qureishi, Regional Economist E.A at Stanbic Bank said, “The Stanbic PMI closed the year strongly, recording the highest average since 2014. We believe that GDP growth remains on track to test 6.0% y/y in 2018 and furthermore the good weather conditions in Q4:18 will have underpinned the agrarian sector
as well.”

The latest survey confirmed a full calendar year of growth and one where the average PMI reading was the strongest since 2014.

A reading above 50 points signifies growth on a monthly basis, while one below that points to a contraction.

The rise was mainly attributed to a 2.54% y/y uptick in the food and non-alcoholic beverages commodity group, coupled with the transport index which rose 1.34% y/y on account of an increase in local and international flight charges, in addition to bus fares.

Why the Kenyan Shilling is stronger besides uncertainties – Analysts

“The Kenya Shilling was the only major African currency, which appreciated against the dollar. In our view, the shilling should remain relatively stable to the dollar in the short term.”

The Central Bank’s  Monetary Policy Committee lowered the Central Bank Rate (CBR) twice, in the 6 meetings held in 2018 in order to support economic activity, but cited that the economic output was below its potential level, and there was room for further accommodative monetary policy.

Boost for Kenya tourism sector, as visitor numbers up 37pct in 2018