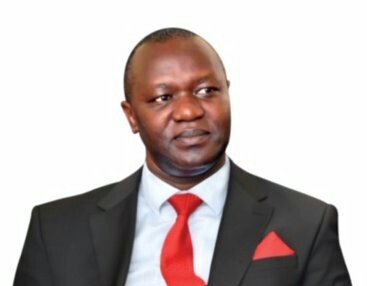 The arrest and attempted prosecution of Professor Tom Ojienda goes deeper than what people are discussing on the surface. The drama seems to be following a well-written script that has been unfolding from one episode to another.

There is no doubt that the government is trying to ‘fight corruption’ through stern warnings from the President and some reactionary arrests from the DCI, DPP and the EACC, but in the case of Professor Ojienda, it is not corruption but succession.

What many people have refused to see, or maybe they know but just do not want to think in that line, is that Professor Ojienda is a powerful member of the Judicial Service Commission (JSC). His presence at the commission alone is enough to send shivers down the spines of the mighty because the truth is, the commission is the pivot of the judiciary.

The person pulling the strings behind the current problems facing Professor Ojienda is a person who is not focused on the present but the future. Why? There are two theories that can try to explain this:

First, the aim of the current cases is to paint Professor Ojienda in bad light, to tarnish his name so that he becomes unfit for a second tenor at the JSC. Efforts have been made, first through the Kenya Revenue Authority (KRA) by claiming that he was not complying with tax payment regulations. The efforts did not go through because the said body did not even have prof as to whether the allegations held any ground. It was clear that there were some open malicious intentions to lock Professor Ojienda out.

Second, the person pulling the strings is focused on the succession of the Chief Justice David Maraga. In fact, this is the reason behind all these things going on. The CJ will be retiring soon and those who seem to have captured the state are in the process of making sure that ‘one of their own’ takes over the mantle. To effectively do this, they want to kick out all those that will not agree with them and there is no better way than having their own team on the JSC, a body that vets judges.

I am not a lawyer but what transpired towards the end of last week, as people prepared to usher in the New Year, does not need a lawyer to understand the game being played. From the Charge Sheet by the DPP, it appears Professor Tom Ojienda is being accused of asking for his dues for a legal service provided upon a legal agreement between him and a client.

The narrative being pushed out is aimed at making it seem as though Professor Ojienda is the reason why Mumias Sugar Company collapsed. Who cannot see that this is a joke? Wait a minute, who is the complainant in this case by the way? Am still asking like a common man who only know the term ‘amicus’ in law and nothing beyond.