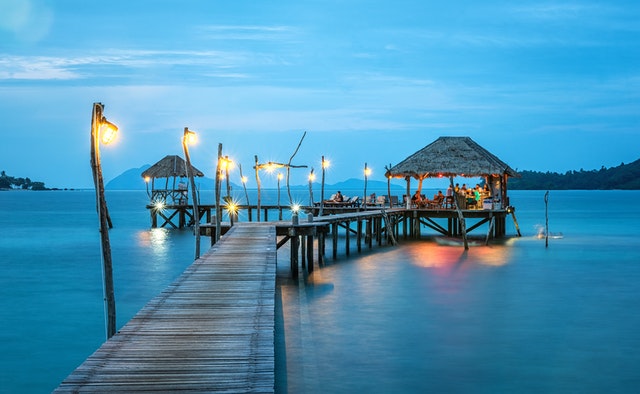 The festive season in Africa also marks the highest season in the tourism industry, as demand for getaway destinations in the continent surges. According to a Hospitality Report Africa – 2018/19, IATA’s most popular airline destinations in Africa in terms of traffic are South Africa, Egypt, Morocco, Algeria, Nigeria, Tunisia, Kenya, Ethiopia, Mauritius and Tanzania respectively. These being just among other African countries favorited by tourists not only during Christmas seasons but also throughout the year; for their exotic and relaxing nature. Magnificent sceneries, wild and untouched nature for remarkable safaris and inestimable coastlines, Africa is indeed a favorable tourism destination. In the report by Jumia Travel, the United Nations World Tourism Organization (UNWTO) Secretary General Mr. Zurab Pololikashvili, shares his insights on the growth of African tourism.

Jumia Travel (JT): How is the African tourism sector performing and which are the driving factors?

Zurab Pololikashvili (ZP): International tourist arrivals in Africa are estimated to have increased by 8%. Results were driven by the continued recovery in North Africa and the solid growth in most destinations that reported data. Tunisia continued to rebound strongly in 2017 with a 23% growth in arrivals, while Morocco also enjoyed better results after weaker demand in the previous year. Growing demand from European source markets and a more stable environment contributed to the positive results. In Sub Saharan Africa, strong performance continued in large destinations including Kenya, Côte d’Ivoire, Mauritius and Zimbabwe. South Africa reported slower growth in arrivals though a strong increase in expenditure. Island destinations Seychelles, Cabo Verde and Reunion Island; all reported double-digit growth in arrivals, benefiting from increased air connectivity.

The Africa agenda 2063 remained a strong driving factor to the growth of the industry; Issuance of the AU e-Passport and creation of visa upon arrival, e-visa and visa-free travel for African citizens in line with the concept of unrestricted movement of persons, goods and services across the countries. Others include; infrastructure development aiming at unlocking intra-regional economic exchange and establishing regional value chains for increased competitiveness, as well as political good will and mainstreaming of national agenda and implementation of tourism transformation policies.

JT: What are the greatest challenges facing the growth and expansion of the tourism sector in Africa?

ZP: Among challenges hindering the growth of the sector are travel advisories by international tourist sources and Political instability at some. Inadequate air travel between the major African cities due to poor intra-African air connectivity and lack of strategic marketing of brand Africa are also among top issues. We are also dealing with negative perception of brand identity and image of the continent. Africa is not a country but a continent, home to more than a billion very creative, entrepreneurial and tech savvy Africans. It is however viewed as the only home to a fascinating wildlife and torn apart by war, poverty and diseases. Last but not least, underdeveloped tourism infrastructure, visa restrictions and lack of a common visa policy, and lack of access to adequate funding and underfunding at the ministerial level.

In response to these challenges, the UNWTO is aligning and developing national tourism strategies and policies in line with national agenda. The 10-point UNWTO Africa Agenda is a road map towards the maximization of Africa’s tourism potential. We are putting emphasis on travel and Tourism as a driver of jobs growth and economic recovery, provision of technical support to governments and affiliate private sector organizations for the development and promotion of sustainable tourism at the destinations. UNWTO is also providing Risk and Crisis Management courses in conflict prone zones as well as helping in the establishment of brand and image of African campaigns.

JT: What role is the rising Middle Class playing in boosting Africa’s domestic tourism, as a contribution towards achieving the middle-income status?

ZP: People’s movement is no longer a luxury set aside for the few with high per capita income but a basic need for the ever-increasing majority of the middle class who create and shape the future generation entrepreneurs. A growing middle class is a sign of a robust economy. The existence of domestic tourists who have more money to spend at their disposal and thus willing to travel more, has led to the mushrooming of low cost airlines, upward growth of bed capacity in main cities, flourishing of the so called shared economy etc.

Traditionally, tourism was seen as a thing for the foreigners, but this myth has been demystified by the fact that travel and leisure is not the sole domain of foreigners but also, for the locals to have a real-life experience of the richness and diversity of their countries which translates positively into the national economy.

6 Ways on How to Improve Credit Score