The International Monetary Fund (IMF)  has raised Sub-Saharan Africa’s growth to 3.1 percent in 2018 from 2.7 percent in 2017 and 3.8 percent in 2019.
However, “The growth forecast for 2018 is 0.3 percentage point lower than the April 2018 WEO forecast.”
Consequently, it has lowered its forecasts for global economic growth in 2018 stating it will expand by 3.7 percent, down from its April estimate of 3.9 percent.
Read: Sub Saharan Africa’s growth is Steady but at a slower pace – WB
“Rather than rising, growth has plateaued at 3.7 percent. There are clouds on the horizon. Growth has proven to be less balanced than we had hoped,” said Maurice Obstfeld, Economic Counsellor and Director of the Research Department.
IMF further in its World Economic Outlook cites “Rising trade barriers and a reversal of capital flows to emerging market economies with weaker fundamentals, and higher political risk—have become more pronounced or have partially materialized.” 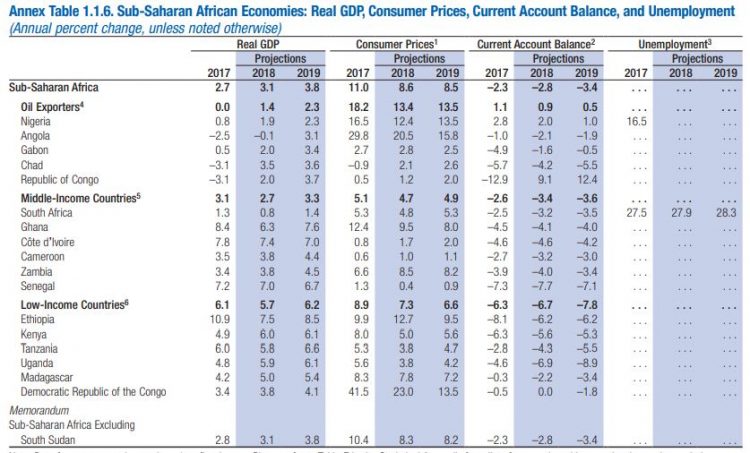 Kenya: 80,000 barrels per day not sufficient to construct a refinery

Why Analysts are Concerned with Kenya’ Rising Debt