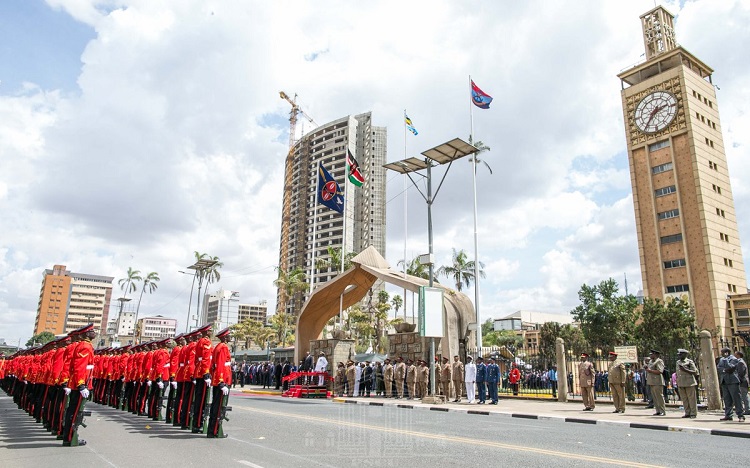 “The government is pursuing a fiscal consolidation policy that is aimed at reducing the overall fiscal deficit and debt accumulation,” Henry Rotich says, adding that the expected outcome is a reduction of overall expenditure and net lending from 26.3 percent in fiscal year 2018/19 to an average of 23.2 percent in the medium term.

However, economists have been wary of such.

“The much-needed restoration of the country’s fiscal space may be an onerous task for the government as it is already facing rebellion on some of the proposed austerity measures,” according to Faith Atiti and Stephanie Kimani, Analysts from the CBA Group.

President Uhuru Kenyatta declined to assent into law the Finance Bill 2018 and instead proposed a 50 percent concession on the unpopular 16 percent Value Added Tax on petroleum products.
The President has also proposed Ksh 52 billion in spending cuts in an effort to sustain the downward pressure on the deficit in a Memorandum, on his refusal to assent to the bill.

“These budget cuts ask all of us in government to tighten our belts. It also ensures that the sacrifices made by tax-compliant Kenyans are matched by discipline,” said the President in a televised address from State House, Nairobi prior to the memorandum being presented to the National Assembly.

The Treasury besides having collected an estimated Ksh 1.50 Trillion in revenues in the year to June 2018, the CBA Analysts are of the view “This could require more aggressive spending cuts than what the president proposed.”

“As efforts to rein in budget deficit intensifies, the resultant toll on living standards especially at a time when the private sector is not at its best should be rather obvious. This could see the focus shift to monetary policy to keep the economic engine running at a decent pace,” they add.

How did Kenya find itself in such a situation?

Lucy James, Associate Consultant at Control Risks said besides Kenya having a diversified economic base to keep sovereign risks at bay in 2018, “But the outlook is not good. Kenya has a strong appetite for external borrowing and has remained politically intransigent about its downsides, even in the face of warnings by the IMF and rating agencies.”

Lucy had observed that with a pending repayment of the first portion of a Eurobond worth USD 774.8m this year, it would have been ‘a wake-up call for the government to refocus attention on controlling public borrowing and spending before debt becomes unmanageable’. 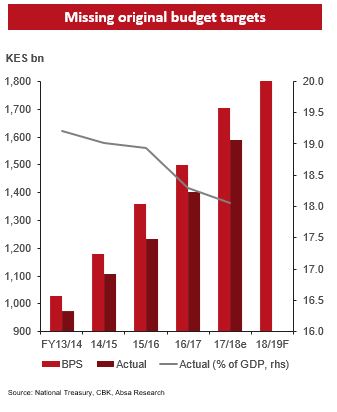 After Henry Rotich presented this fiscal year budget estimates, Samantha Singh, ABSA Africa Strategist posed, “For 2018/19, the government is looking for some consolidation with a deficit equivalent to 5.7 percent of GDP. Where does consolidation come from?

“Revenue targets are ambitious,” She said adding “On the revenue side, there is a concern that the projected revenue may not be realistic. Given that the indicated revenue enhancement initiatives are not new as some of them have been in place for the last five years.”

This was in reference to the aims of broadening the tax base and streamlining customs procedures to raise domestic revenue to Ksh 1.9trn, almost 40 percent higher than what was achieved in FY16/17.

“Unless revenue increases dramatically, the only way the government will be able to stay afloat is by excessive domestic borrowing.  Borrowing more than it is doing already will put paid to any chances of recovery of credit to the private sector, which stalled three years ago,” writes David Ndii. 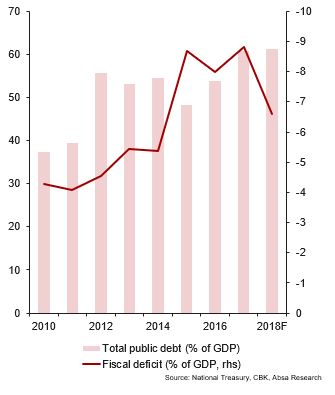 Wehliye Mohamed Tweeted, “Apart from the size of the debt, we seem to have a serious debt mgt problem. Its mix, duration, type & cost- all on autopilot. Mix – more foreign is risky. Duration reduced from 9 yrs to 4.5 yrs. Cost – more commercial than conventional.Big size + mismanagement = disaster.”

Cytonn Investments are of the view that revenue generation ought to go hand in hand with the management of government expenditure. The state that, “The continued rise in government expenditure with the target for FY’18/2019 increasing by 11.7 percent to Kshs 2.5 tn from Kshs 2.3 tn in the FY’17/2018 budget with the bulk of it being on recurrent expenditure, has continued to mount pressure on the Kenya Revenue Authority (KRA) due to the tax collection targets set to finance the budget.”

“It is essential for government institutions tasked with providing financial oversight to minimize poor management of public resources as well as ensure accountability to avoid fiscal leakages through corruption,” Cytonn urges the Government.