Africa’s growth potential is positive with a projected economic growth of 3.1 percent in 2018 and 3.7 percent by 2020 according to the World Bank.

This has been attributed to rising commodity prices.

This is compared to an expected rate of 3.4 percent in gross domestic product compared to 2.8 percent in 2017 in the  International Monetary Fund’s (IMF) Regional Economic Outlook report for the Sub Saharan Region.

In fact, foreign direct investment in Africa has been on the rise beside a 21 percent decline from 2016, according to UNCTAD’s World Investment Report 2018.

However, this is forecast to increase by about 20 percent in 2018 to $50 billion underpinned by the expectations of a continued modest recovery in commodity prices and strengthened interregional economic cooperation stated UNCTAD.

As a result, the global community has taken a keen interest. 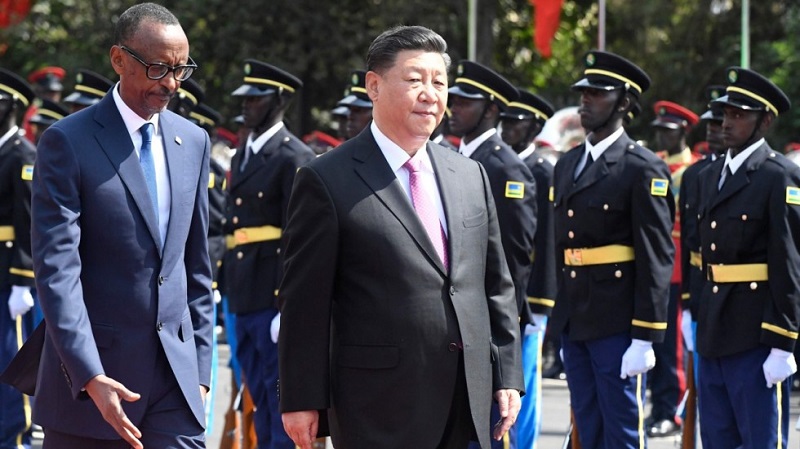 “Africa will be at the top of our priorities. We will continue to intensify and deepen our engagement with Africa. As we have shown, it will be sustained and regular. “We will keep our markets open and make it easier and more attractive to trade with India. We will support our industry to invest in Africa.”

In all these, Europe especially the United Kingdom and the US has taken note.

Sen. Chris Coons, D-Del., and Wilbur Ross, Secretary of Commerce and a member of the Board of Directors of the Overseas Private Investment Corporation (OPIC) jointly state, “We agree that the United States must do more to present our African partners with better alternatives to state-led economic models, promoted by countries like China, so Africa can assume its rightful place in the global economy.”

“But China’s commercial path has not always applied the highest international standards of openness, inclusivity, transparency, and governance.”

Yun Sun, Nonresident Fellow – Global Economy and Development, Africa Growth Initiative collaborates the sentiments, “To compete with the Chinese presence and to counter the negative consequences of China’s approach, the U.S. must become more engaged in Africa with effective strategies.”

However, “Given China’s involvement in Africa, there is an even greater need for the U.S. to engage and cooperate with China for its own national interests and global agenda, such as security and governance. Not engaging China in Africa could undercut and even nullify U.S. objectives given China’s approach.”

For Africa, the Trump Administrations “Will encourage reform, working with promising nations to promote elective governance, improve the rule of law, and develop institutions accountable and responsive to citizens.”

This will give focus on three areas: Political, economic and military and security.

The framework also hits out at China’s expanding economic and military presence in Africa noting that, “Some Chinese practices undermine Africa’s long-term development by corrupting elites, dominating extractive industries, and locking countries into unsustainable and opaque debts and commitments.”

According to Brookings Education,  China has become, by far, the largest source of bilateral loans, accounting for about 14 percent of the stock of the total debt contracted by sub-Saharan African countries, excluding South Africa.

Her visit focuses on trade and security in South Africa, Nigeria and Kenya “As we prepare to leave the European Union, now is the time for the UK to deepen and strengthen its global partnerships.”

“Africa stands right on the cusp of playing a transformative role in the global economy and, as long-standing partners, this trip is a unique opportunity at a unique time for the UK to set out our ambition to work even closer together,” she said.

“A more prosperous, growing and trading Africa is in all of our interests, and its incredible potential will only be realised through a concerted partnership between governments, global institutions, and business.”

“By 2022, I want the U.K. to be the G7’s number one investor in Africa, with Britain’s private sector companies taking the lead in investing the billions that will see African economies growing by trillions.”

German Chancellor Angela Merkel also toured Senegal, Ghana and Nigeria, with efforts to boost economic ties. According to her, besides the conflicts, “African countries could be a good market down the line. Other countries are already very active here.”

Kenya’s President Uhuru Kenyatta became the third African president after Nigeria’s Muhammadu Buhari and Egypts’ Abdel Fattah el-Sisi to meet President Donald Trump as regards to forging ties with the two nations and entry into Africa. Nonetheless, as more African states forge ties and seek partnerships with different Western, Middle East and Far East economies, Angelle B. Kwemo, managing director for Africa of Washington Media Group is of the view “Africans must identify priorities, define, and implement them—not be reactionary to the politics of the West.”

“African governments need to take this opportunity to scale up policies that spur democracy, creating the enabling environment to build prosperity in Africa through concrete priorities such as job creation, regional integration, and economic engagement,” she adds in her Making Africa Great Again: Reducing aid dependency.

“The future of the African trade regime depends more on what Africa will negotiate and not on what Africa deserves, so leaders must actively seek commercial and trade engagement,” she writes.

Witney Schneidman, Nonresident Fellow, Africa Growth Initiative, Global Economy and Development, Brookings Institution and Jon Temin, Director, Africa Program, Freedom House jointly state that, “Developments in Africa will not wait for U.S. policy to catch-up, and 2018 promises to be an eventful year. Challenges concerning violence, extremism, governance, and human rights will persist, but at the same time the enormous opportunities in Africa, especially in trade and investment, will continue to expand.”

“We are not going out there with a begging bowl, but to partner with those who are willing to come along with us. Kenya is open to business on the basis of win-win arrangement that is beneficial to all partners,” said President Kenyatta when he hosted UK Prime Minister Theresa May.

As the dust settles on the back of increased foraging on the continent from the US, Middle East and Europe, China will be hosting the Seventh Forum on China-Africa Cooperation (FOCAC) in 2018.

FOCAC will serve as a platform for outlining the country’s agenda for engagement with Africa until 2021.

Why Is It Important For Taxpayers To File Tax Returns?

Mayor of London expresses his concerns over Premier League’s return