Kenya Airways has reported a pretax loss of Ksh 3.99 billion for the first half of 2018, from a loss of Ksh 5.77 billion during the same period last year.
“Our loss before tax is down by 30 percent. We keep slowly but steadily improving,” Chief Executive Sebastian Mikosz.
The improvement in their financials has been attributed to passenger numbers which increased by 6.6 percent to 2.3 million, while cargo uplift increased by 13 percent to 31,973 tonnes over the same period last year.
However, in their commentary “Although reporting improved performance, fuel price volatility continues to be a major challenge for the airline. The price per barrel has been on an upward trend since the beginning of this year closing at USD 74 as at 30 June 2018 representing an increase of 12 percent in global fuel prices within the first half of the financial year.” 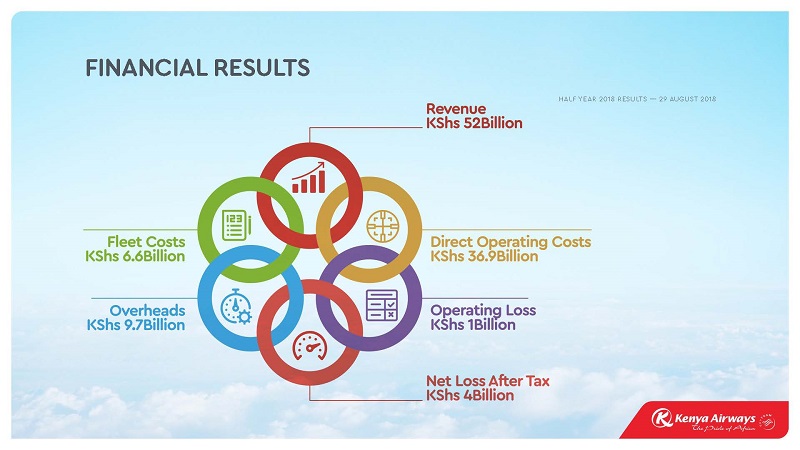 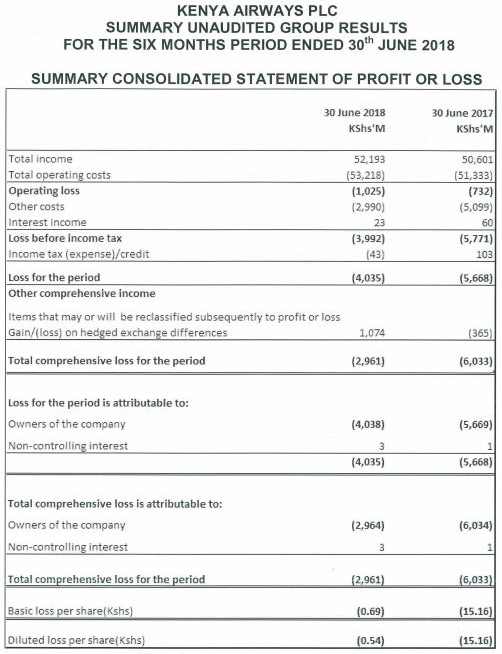 “The business has remained resilient and is focused on delivering solid results. We continue to optimize the network to create more connections through our hub in Nairobi and in turn increase efficiency in order to reduce overall costs and return to profitability,” said Michael Joseph, Chairman Kenya Airways.
Genghis Capital, an investment bank in an investor brief state “Long-term, the prospects of the business look solid and we see a high probability of profitability in the medium term.”
The analysts attribute this to new routes like the major new route to be launched in October (Nairobi – New York), will continue supporting passenger numbers and revenue growth.
Additionally, the merger of Jomo Kenyatta International Airport (JKIA) (a profit-making outfit) with KQ will be an additional revenue channel as JKIA establishes Nairobi as a major hub in the region, flying directly to the United States.

‘I have nothing against monkeys..they are smarter than a racist’ blasts Mario Balotelli