Kenya’s Hospitality Sector to Bounce Back in 2019 – PwC 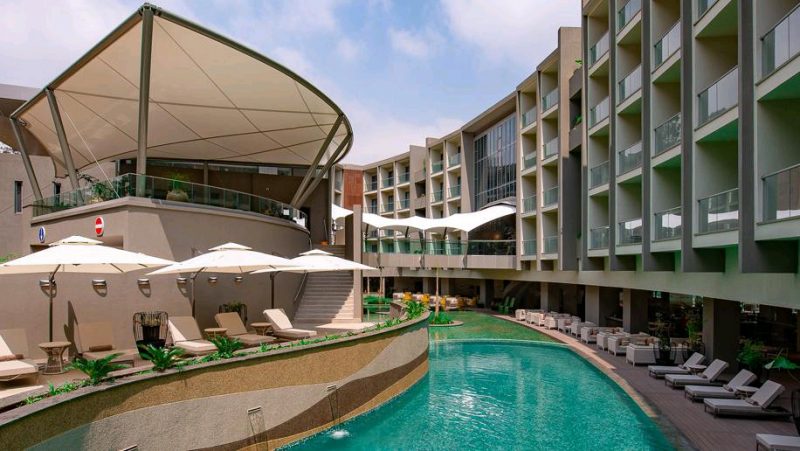 A section of the Radisson Blue Hotel Arboretum Nairobi I Courtesy

Kenya’s hospitality sector capacity is projected to grow faster than demand but grow more slowly over the 2019-21 period according to the latest Price Waterhouse Coopers (PwC) report.

The ‘Hospitality outlook: 2018-2022 8th Annual edition themed Positioning for future growth, Kenya’s tourism industry is set to bounce back to its previous growth path by the end of 2019.

The report indicates that besides the sector’s growth being temporarily  interrupted in late 2017 when the Supreme Court overturned the August 2017 Presidential election, creating a new period of uncertainty: Hotel guest nights, which were on track to grow at a rate of 6%, fell 19% during the latter part of the year, leading to an 8.3% decrease for 2017 as a whole. The ADR also declined, falling 5.7%, which further depressed the hotel market, leading to a 13.5% decline in hotel room revenue in 2017.

Factors that are contributing to the sector’s growth include:

The introduction of direct flights to the United States by Kenya Airways will boost U.S. travel to Kenya.

The stable local economy, attracting international hotels to Kenya. Sheraton, Ramada, Hilton, Best Western, Radisson, Marriott, and Mövenpick are among the international brands scheduled to open hotels in Kenya during the next five years. “Some 1 800 rooms will be added over this period.”

Kenya promoting itself as a beach destination, which should be aided by the ‘Beach & Bush’ tourism campaign with Mauritius to promote both countries as tourist destinations.

Kenya’s new policy allowing visiting Africans to obtain visas upon arrival, making it easier and more convenient to travel to the country.

Similarly, Knight Frank’s Hotels Africa 2018 report states that Kenya sits fifth in the list of top 10 African countries with the highest number of chain and branded hotels— excluding lodges, safari camps, chalets and cruise-hotels—according to data compiled by Knight Frank Research for up to December 2017.

The report shows Kenya had 68 chain and branded hotels, as South Africa led with 430, followed by Egypt (300), Morocco (153) and Tunisia (103). Mauritius, Nigeria, Tanzania, Zimbabwe, and Algeria are the other countries in the top 10 list.

Cytonn Investments says the sector continues to be attractive driven by increased demand from both local and international guests.

Jumia’s Hospitality Report Kenya 2018, on the other hand, states that technology is defining the Kenyan domestic tourism scene with 71 percent of domestic travelers making reservations on its website prefer booking from their mobile phones.

Rosemary Mugambi, Regional Sales and Marketing Director, Serena Hotels EA, however, is of the view that “Creating a more personalized guest experience is an integral part of delivering positive sustainable results. This can be achieved if there’s a right balance between technology delivered service, and the personal touch cannot and must not be taken away.”

Further, three-star hotels remain the most preferred attracting 35% of total bookings while two-star and four-star hotels take home 30% and 26% respectively.

Nairobi is the most popular destination with 35%, followed by Mombasa at 30% and Diani at 15%.

Why Restoring Credit Growth is Key to Kenya's Economic Recovery