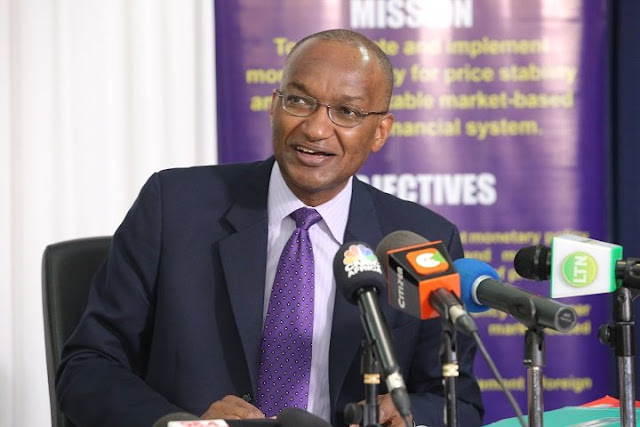 Kenyan borrowers got a reprieve after the Central Bank of Kenya reduced the benchmark lending rate to 9.5 per cent.

This means borrows will now pay interest rates of 13.5 per cent instead of 14 per cent and lowers the minimum deposit rate to 6.65 per cent (70% of CBR).

“Concluded that there was scope for easing its monetary policy stance in order to support economic activity. Consequently, while noting the risk of perverse outcomes, the Committee decided to reduce the Central Bank Rate (CBR) to 9.50 percent from 10.00 percent.”

Besides the stable condition of inflation, foreign exchange market, supported by a narrower current account deficit and improved investor confidence in the economy.

Razia Khan, chief economist for Africa at Standard Chartered in London Tweeted, “Good move by CBK to ease rates. The inflation outlook supports it, and recent GoK announcements around the intent to modify the loan rate cap mean that there should be a positive credit growth response.”

“The monetary easing could provide the much-needed stimulus to the economy currently operating a negative production gap. GDP is estimated to have expanded by 4.8 percent in 2017, below its 6.0% potential with the lassitude being partly attributed to the slow flow of credit to the private sector, which has undermined both investments and consumption.

According to the committee, credit expanded by 2.1% in the 12-months to February 2018,” says Ms. Faith Atiti, Senior Research Economist at Commercial Bank of  Africa.

Atiti further adds that the decision could also indicate the policy body’s confidence that the cap has not considerably undermined the transmission of monetary policy signals otherwise the ‘experiment’ risks denting its credibility should the outcome be indeed ‘perverse’.

“That said, the upside stems from the possibility that market rates on government securities could as a result drop low enough, to make it rather appealing to channel this funds to the productive sector at 13.50% or lower.”

“Even so, this will be a factor of fiscal policy developments going forward. A combination of low revenue performance and increasingly high cost of external debt given the expected increase in US treasury yields could sustain a bias towards local debt markets for government deficit financing,” she adds.

This is the monetary side. Let us see if there are some adjustments on the fiscal side.

Note that any interest rate adjustments will take up to 18 months to begin to show their effects in the real economy.

Stephanie Kimani, Research Economist says public debt should be structured in such a way that it does not amplify market shocks.

“The coordinated efforts between the government and Central bank, its fiscal agent, is important for the smooth transmission of monetary policy and stability of the financial system. This relates to the management of public debt by way of timing and size of the debt as well as scheduled repayments in a way that does not overwhelm the national budget,” says Stephanie.

According to Stephanie, the focus point for policymakers should be in finding ways to stimulate economic growth by enhancing private sector expenditure.

The Banking (Amendment) Law (2016) came into effect with the President’s assent on August 24th, 2016. The law aims at regulating interest rates applicable to banks’ loans and deposits, which were set at the discretion of the banking players.

“This can be witnessed through increased allocation by listed banks towards government securities, with allocation growing by 15.2 percent to Kshs 776.3 bn from Kshs 684.5 bn in Q3’2016 depriving the private sector of credit in the process,” Cytonn Investments in their Kenya Listed Banks Q3’2017 Report.

The IFRS 9 commencement in January 2018 is expected to drive commercial banks to tighten credit standards even further with the likely impact of aggravating the current fragile dynamics in private sector credit growth,” notes Stephanie.

Diaspora remittances to Kenya rise by 29.5pc to KES 255Bn in August