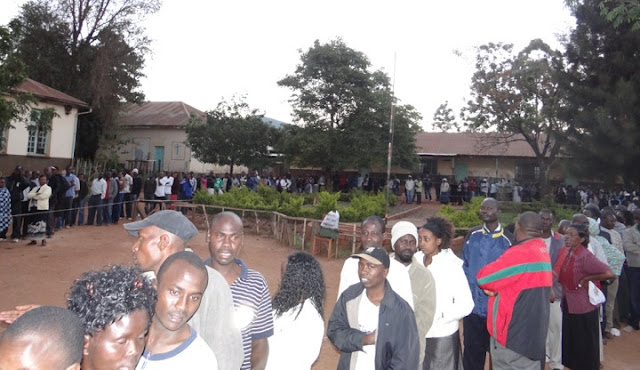 In 2013, as Kenyans went to the polls in March, the people of Western Kenya were hit by a wave of attacks they had never experienced since those of the tribal clashes of 1992.

The attacks came hot on the heels of the hotly contested 2013 elections with residents being ambushed during the night by gangs of machete, axe and other crude weapon yielding gangs who had only one massage ‘ we were sent to kill you’.
Could the killings have been vendetta and grudge held since the bungled 2007 presidential elections?
The killings started from Busia County and spread all the way to Bungoma, Kakamega and parts of Trans Nzoia County sending shockwaves across the country spreading fear of a recurrence of the 2007 Post Election Violence.
This was not helped with the brutal killings that erupted in Tana River and its environs where innocent people were killed and scores maimed, injured and others sexually molested.
Over 52 people were killed during clashes between members of the Pokomo and Orma communities in Tana River when militiamen from both sides raided homes and slashed villagers to death before setting their houses ablaze.
The communities are said to have been fighting over land, pasture and water with the police saying tension had been building between the two communities for long but there was no immediate warning on the night attacks.
Over 130 people were killed in 2001 in a string of clashes in the same region.
However, in the case of the Western killings, the police are yet to say the reasons.
The Kenyan security organs “Police utterly failed to effectively investigate the violence in Busia and Bungoma counties, and the government has failed to expedite reforms in the police service, including bolstering its investigative capacity the Human Rights Watch (HRW) said in a report released last week on Wednesday.
The report, “We Were Sent to Kill You’: Gang Attacks in Western Kenya and the Government’s Failed Response,” based on Human Rights Watch research in the two counties, documents the little-reported attacks on nine villages in Busia and Bungoma counties by criminal gangs of armed young men from March to July 2013. The attackers, using machetes, clubs, and axes, killed a total of 10 people and seriously injured more than 150.
“Police utterly failed to effectively investigate the violence in Busia and Bungoma counties” said Leslie Lefkow, Deputy Africa director. “The police didn’t collect critical evidence, and completely ignored evidence that gangs carried out these crimes during and after the 2013 elections with support from political figures.”
This is similar to calls made by the United Nations (UN) Resident and Humanitarian Coordinator Modibo Toure in May 2013 on the government to scale up its efforts in stopping the attacks that rocked Busia and Bungoma Counties.

A former gang member who participated in some attacks in Busia before withdrawing from the gangs in April 2013 told Human Rights Watch: “The reason was to use the boys because of the elections outcome. Kenyan politicians are behind it and they are working closely with some not very senior politicians in Uganda.”

Another former gang member told Human Rights Watch that in 2012 recruiters told him that their motivation was to generally punish the people in the region for having voted “badly”: “We were told that our mission was to revenge. There were areas that had not voted well even though a lot of resources were wasted there during campaigns. We were deployed in teams of three after combat training in Uganda. My team of three from the group was deployed to Busia to lead the attacks.”

The report further reveals that initial recruitment was done in October 2007 with the view to “defending” the government against violence after the declaration of election results.

This group was also directed to defend government property and attack any individual they would find protesting against the presidential results of 2007 while those recruited after March 2013 were ordered to protect property should violence break out and “terrorize” the region for not voting along expected lines.

According to residents who spoke to the Human Rights Watch, one suspect had in late 2012 and early 2013 been warning them of possible violence if they did not vote for the Jubilee Alliance.

The Human Rights Group says there is an urgent need for answers to the many outstanding questions about the attacks in western Kenya, including the police failure to properly investigate and respond to the violence.

They want the government to reopen investigations into the attacks and prosecute those responsible for carrying out and supporting the attacks by ensuring a full, impartial, and comprehensive investigation into the attacks on villages in Busia, Bungoma, Kakamega, and Trans Nzoia counties.
“Investigators should examine allegations of support for the gangs by politicians and business people in the region, and dismantle these gangs and prosecute gang members, their leaders, and those recruiting the gang members and financing them. The Office of the Director of Public Prosecutions should prosecute those responsible,” the report states.
David Indeje and Obed Muindi
Tweet

Triumph for Tom Ojienda's quest to the Judicial Service Commission