Dialogue and engagement among youth key pillars for positive change 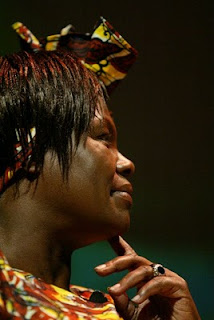 “Another value Africans must adopt is love and concern for young people. One of the most devastating experiences is to see youth wasting away because they are unemployed, even after they have completed secondary and tertiary education, or because their health has deteriorated. African governments should give priority to investments in technical education and HIV/AIDS prevention, treatment, care, and support programs.

Without skills, people find themselves locked out of productive, rewarding economic activities, leaving them unable to meet their needs for housing, healthcare and nutrition. They get trapped in a vicious cycle of poverty and, sometimes, crime.
Africa needs to prepare for the opportunities and challenges to come by deliberately working for peace and security.”As a youth, I am inspired by the kinds of dreams that motivate us to become leaders in new and innovative ways; because let’s face it, our generation needs a revolution to move this world forward always
More importantly, a good leader needs to be able to lead others and uphold the interests of their followers. Leadership does not only provide the path on which others may follow, it also ensures that leaders will point her or his followers in the right direction.
Consequently, the many youths within the country are looking upon these very leaders who will enable us to stand up and say “I’m going to change the world, I’ll start today.”

Despite us having either gone to school or completed, we find the outside world not ready to embrace us. The world behaves like we the youth have become the intruders and it will do all it can to oppress us. We grapple each day on how we shall fit in the society, how we shall get employed and above all how we shall be seen as agents for change.
This can only be achieved through sound leadership, leadership that values diversity, leadership that sees each as a valuable component for transformation, but is this arrived at?
The year 2007, I became aware of and knew the importance of effectively participating for change as an electorate. I became a voter. I tried all the best, I travelled all the way to Kakamega to vote within Lurambi constituency before I returned back home in Kitale.
Being a first voter among the many youth who had yearned to feel that inner feeling of being part of positive change and transformation, the elections of 2007 were the most competitive in Kenya’s short history of multiparty politics.
The country was fractured with protracted ethnic clashes that lasted a couple of months. People lost lives and property and thousands others have been displaced permanently.
My dad used to travel often in Nairobi then, it became difficult for him to travel by road, and thus, he was allowed to be using a plane from the Eldoret International Airport all the way to Nairobi. However, to reach Eldoret via Kitale was not easy, along the way, one could witness houses, shops burned (that is around Soy, Matunda areas) one could see Lorries packed with property, people were fleeing from their homes, roads had been barricaded. Yes, that is what I used to witness as we escorted him to the airport. It was an eye sore.
Near our home, one of our neighbour’s house was torched, the tension that arose was indescribable, then a few days later, one of the big farmers around the area (comes from Central, but had relatives across the region) his head of cattle were stolen. The whole neighborhood was left asking questions, why? Why? These were people who had lived there most of their lives, they had married, sired children, whom many were among my friends. Yes, it had happened to them because of the ripple effect that was being witnessed all over the country.
Kenya is sadly polarized ethnically. Elections as a vehicle for democracy are therefore, an obstacle to accountable and legitimate government as well as socio-economic progress.
The problems Kenyans face today, lack of political voice and inequitable access to services and opportunities have become a perennial predicament that leaders use to have their way out.
Making us forget so easily where we were from -Kenyans forget easily.
The same way I was in 2007, is the same way many youth like me will be casting their vote for the first time.
The same youth are becoming a force to reckon with, they are the pillars of peace, social economic advancement both as an individual, the community and the nation at large. They know what they have to do. Where they are going, but between their resilient spirit to forge ahead:
Petty self-interests are the greatest obstacles to structured social mobilisation for political and economic transformation in Kenya. However, through you and I as the Kenyan youth can mobilize virulent violence when our collective racial or ethnic interests are threatened. 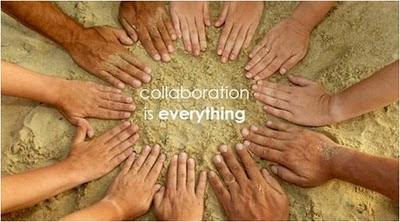 The youth in their own innovative and creative ways are coming together to share ideas on why they do not want to be poisoned by the decisive thoughts of not becoming agents for social change. This is also why thespacetv.blogspot.com is bringing on board youth with diverse talents to share our goals and aspirations.
It is a forum that is giving the youth a voice for positive change. A voice that tells the leaders who are our politicians that they should get it clear, that the empowered Kenyan is not looking at the “what” they would want us to have because to them, this has been a pipe dream to them.
A voice that is yearning for what they would want to listen to, to get inspired and become a call to a common goal of achieving the country’s hopes and aspirations in the “how” by bringing forth good policies that will make them feel appreciated as Kenyans and not Kenyans ready to vote because the same leaders are competing against each other.
Sustaining self esteem among the youth is key. Walking within Western Kenya, many are striving to make ends meet; struggling each day with the little they have within their hand may be to see if the proverb says the truth- a drowning man clutches at a straw. 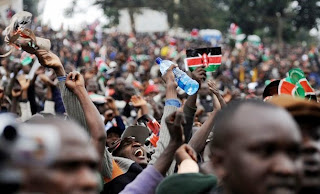 Many have given up, a reason they would not want to return back to their homes because of shame, they cannot feed themselves, and they do not have a roof above their heads. How many youth are employed but cannot still meet ends meet? How many are employed but still under the care of their parents? They are out there.
Yet, they cannot give up.
We hold on to the hope to achieve that change to which we look forward every day. The realities of the problems that face our country have solutions and or can be improved. Investing our energy to reach a point where we can all listen and concentrate on achieving our common goals as Kenyans.
Previous Article

Youth employment is more of a mirage

Leadership – the only way to transform people’s minds and attitudes is ...