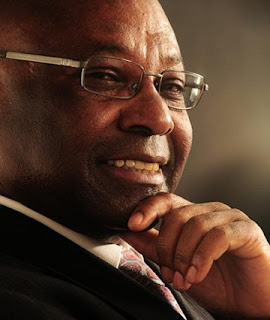 Ministries have returned over Kshs.101 billion to Treasury over the last financial year.  These funds were earmarked for development purposes and represent a tenth of the 2011/12 budget.  With the myriad of projects the Government of Kenya needs to fund, it is a great shame that these funds have not been put to immediate use.  The ability to mobilize and deploy capital efficiently is a crucial skill Kenya needs to develop.  As this is available right now, I propose that Treasury uses this money to fund a Bank of Industries with a capital base of Kshs.100 billion.
A Bank of Industries would be used to fund the industrial and manufacturing sector that would in turn help boost our exports.  The funds would be for new industries or for the expansion of existing industries.  Increasing industrial output would be a way to stabilize the shilling and contain inflation.
We have previously argued that the CBK should let the shilling depreciate because it would be good for economic development in Kenya for the following reasons: a weak shilling would be good for development as it would help stimulate exports and move the country from import focus to export focus, help promote manufacturing, encourage remittances from the Diaspora, develop Nairobi as a financial/services hub, and discourage conspicuous import driven consumption.
To boost industrial and manufacturing output in Kenya, we need to tackle the current challenges to the sector which include the need for cheap capital and cheap energy.  A Bank of Industries would be set up to finance the industrial sector through the provision of loans with low interest rates i.e., below 6% for industries.  The large capital base will enable the Bank to participate in sell and lease back financing which industries with large asset bases can use to unlock capital.  Finally, In order to fund the capital expenditure the Bank would also act as a conduit for trade finance such as Export Credit Agency financing.
There are people in Kenya who are serial entrepreneurs and industrialists.  However, even with their great track record with their existing businesses they struggle to get funding for new ventures.  These are the people Kenya needs to push their industrial and manufacturing agenda and a Bank of industries would become a great facilitator for this sector.
Historically, banks or private wealth have been one of the key drivers of industrialization.  Alexander Gerschenkron, a political economist, formulated a model of late industrialization which is widely known as the “patterns of industrialization” which identified key institutions which drove industrialization.  From a working paper by Jang-Sup Shin of the National University of Singapore titled The East African Industrialization in the Gerschenkronian Mirror: Catching-up Strategies and Institutional Transition, the author noted that Gerschenkron developed a three-country paradigm to explain “patterns of industrialization”.  Gerschendron identified:
Distinctive institutions spearheading industrialization as follows: (1) In Britain, the forerunner who pioneered the Industrial Revolution, the accumulated private wealth of capitalists was a major source of finance and individual entrepreneurs played a central role in industrialization.  (2) In Germany, a moderately backward country, “the universal banks” played a major role in financing industrialization and organizing the private sector.  (3) In Russia… the state directly mobilized financial resources and created new industries.
Where would Kenya fit within these frameworks?  A Bank of Industries would be the answer especially one that is supported by a Government with a strong industrialization agenda.  The experience of countries like Japan and Korea demonstrate the need for a banking sector that works to fund industry.
In Japan, the state played a pivotal role in pushing economic development as an agenda through the enactment of favourable industrial policies.  Hand in hand, the Japanese keiretsu (known as business groups) played a key role in mobilizing capital to finance Japanese industrial expansion.  Jang-Sup Shin noted, “The keiretsu facilitated high-speed economic growth through “interlocked shareholdings”, internal resource transfers, loan guarantees and other in-house services.”  Thus Japa
n was able to finance its industrialization by mobilizing domestic capital within supportive government frameworks.  For Kenya, local keiretsu would need the backing of a strong local Bank of Industries in order to mobilize capital from within.  A bank that would be able to finance sell and lease back activities which would unlock capital from industries’ asset bases, would be extremely beneficial in pushing industrialization.
In South Korea, family owned business groups called chaebols, were the drivers of industrialization.  The state was also influential in designing industrial policy and highlighting strategic industries.  The state then went further and nationalized commercial banks in the early 1960s in order for them to finance industrialization through the chaebols.  Again, the role of the banks in financing industrialization was critical.
So how would the Government of Kenya go about creating a Bank of Industries?  One solution would be to convert and recapitalize Industrial & Commercial Development Corporation (ICDC) or Industrial Development Bank (IDB) into a Bank of Industries and ensure the best talent work for them by offering competitive salaries.  Another option would be to create a Bank of Industries from scratch with equity contributions from Treasury with the ability to obtain concessional loans from DFIs and other governments in order to lend onwards to industries.  The Bank of Industries would also be able to finance industries through export credit financing if they need to import capital goods.
It should be recognized that Kenya has a class of entrepreneurs and industrialists who are ready to push industrialization.  Kenya also has the ability to attract more.  However, these efforts will remain futile if the industries cannot find an adequate source of funding.  The Kshs.101 billion returned by Ministries becomes very important when viewed in this light.  This is money that is available now so why not use it to immediately develop a Bank of Industries?
Jimnah Mbaru is the former Chairman, Nairobi Stock Exchange & Chairman, Dyer and Blair Investment Bank

We Need to Know the Functionality of CBDCs Before Introduction – CBK

Remittances to Kenya Increases by 18.9% in February