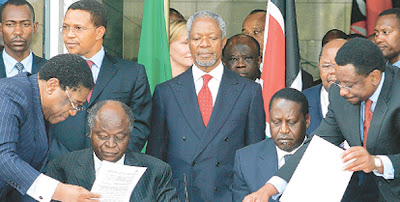 It is time to turn the page. A new generation of leaders must now rise in Kenya and take the mantle of leadership and deliver economic prosperity and social justice for all of Kenya’s populace.
The country has forgotten that the passing of the new constitution was a rejection of ethnic patronage and impunity and an endorsement of the rule of law, a restoration of our confidence in state rather than tribal loyalty.
This is because we are still one nation enlivened by rich cultural diversity: a wide range of age groups, culture, and physical abilities, religious and ethnic backgrounds.
Recent events at the International Criminal Court at The Hague, serves only as a serve as a window of opportunity for   us as a nation, to re-think and evaluate our aspirations since the promulgation of the constitution.
The events remind us that, just like in business, of the most important parts of a leader’s behaviour are to demonstrate equivalence between thought, words and action.
We the Kenyan people now live in a new dawn; the right choice we hope gave us the right path to move, to lead Kenya to a new future as one of the most important choices ever made by us.
We set a new course not only for our current and future generations, but also for an exciting new phase of our sustainable growth.
Many thought the process to a new constitution was going to be a jungle that promises bliss but delivers heartache, with many thinking of retribution, security reasons and despair instead of hope.
We have a responsibility of generating ideas to steer our nation to great heights. Therefore, let us all be leaders in service to our nation.
Trust and respect are only earned over time, yet can be lost in a careless instant. Integrity and ethics have never been more important issues for leaders.
Our crop of leaders who yearn to serve us come 2013 general elections need to understand that, leaders who do not walk the talk, who do not act as they wish their followers to act, can find that they no longer have any followers.
This a major reason why we have our fellow Kenyans being tried far away from home, a reason why we have the National Commission for Integration (NCIC) and Commission alongside the Truth Justice and Reconciliation Commission (TJRC) within us to remind us that, we need to shun tribalism and pull together as a nation.

Our political leaders should get it clear, that the empowered Kenyan is not looking at the “what” they would want us to have because to them, this has been a pipe dream to them. What they would want to listen to, get inspired and become a call to a common goal of achieving the country’s hopes and aspirations is the “how” by bringing forth good policies that will make them feel appreciated as Kenyans and not Kenyans ready to vote because the same leaders are competing against each other.

Philosophers from the age of Plato to the modern day, in an insightful manner they note that, on a utopian society where all men live happily under the just rule of a philosophical elite, whilst at the other is Machiavelli who concentrates looks at the question simply from the point of view a ruler who wishes to remain in power.
Politics as Plato saw it was a means of acquiring and maintaining wealth, power and privilege. More or less the same, he defined his belief in moral values as the corner stone of political life, values that could provide a standard to judge the value of any political activity. The moral values of a society would be overseen by the leaders who had the best interests of all their citizens at heart.
In Kenya for example, we have a phenomenon that has exact similarity to racism – but it happens among Africans. It’s called negative ethnicity or “tribalism”. Cause: cultural ignorance and failure of diverse cultures to mix learn about each other and integrate.
This is all manifested during elections; democracy has heightened ethnicity and weakened the state. Politicians have strong ethnic identities that undermine electoral competition and obstruct accountable and responsible governance.
We have our own challenges; above all, we need to invest in the skills and education of the people.
Barrack Ob
ama the president of the United States once said, “The idea here is simple: instead of rewarding failure, we only reward success. Instead of funding the status quo, we only invest in reform – reform that raises student achievement, inspires students to excel in math and science, and turns around failing schools that steal the future of the young. In this country, the success of our children cannot depend more on where they live than their potential.”
We have the power and will to do this because of the resilience and undying spirit to reap the fruits of real change.
Tweet