Information is not just a necessity for people- it is an essential part of good government. – Toby Mendel

David Indeje
2
28
Information is the oxygen of democracy. If people do not know what is happening in their society, if actions of those who rule them are hidden, then they cannot take a meaningful part in the affairs of that society. But information is not just a necessity for people- it is an essential part of good government. Bad government needs secrecy to survive. It allows inefficiency, wastefulness and corruption to thrive.
Information allows people to scrutinize the actions of a government and is the basis for proper informed debate of those actions. Information includes all records held by a public body, regardless of the form in which the information is stored (Toby Mendel (June 1999) ) Article 19. The Publics Right to Know. Principles on Freedom of information 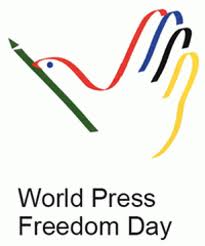 Every year, May 3rd is a date which celebrates the fundamental principles of press freedom; to evaluate press freedom around the world, to defend the media from attacks on their independence and to pay tribute to journalists who have lost their lives in the exercise of their profession.
3 May was proclaimed World Press Freedom Day the UN General Assembly in 1993 following a Recommendation adopted at the twenty-sixth session of UNESCO’s General Conference in 1991.
It is a date to encourage and develop initiatives in favour of press freedom, and to assess the state of press freedom worldwide.
What they said:
Joint Message by UN Secretary-General, Mr Ban Ki-moon and UNESCO Director-General Ms Irina Bokova

Freedom of expression is one of our most precious rights. It underpins every other freedom and provides a foundation for human dignity. Free, pluralistic and independent media is essential for its exercise.
World Press Freedom Day is our opportunity to raise the flag in the fight to advance media freedom. We call on States, professional media and non-governmental organisations everywhere to join forces with the United Nations to promote online and offline freedom of expression in accordance with internationally accepted principles. This is a pillar of individual rights, a foundation for healthy societies and a force for social transformation. 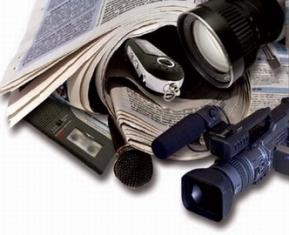 President Mwai Kibaki of Kenya at the East African Convention of Journalists at KICC in Nairobi-Kenya :

…attitudes are shaped by how the local media represents the continent to the world… I urge media to help sell our country to the world… there are positive stories to tell the world.

“This rapid growth of technology use is promising to transform societies in ways perhaps unthinkable only a few years ago. It has enabled the emergence of new ways to communicate, to share information and knowledge and for people to widen their sense of participation, identity and belonging.”

“Convergence of press freedom and freedom of expression, through various traditional as well as new media, has given rise to an extraordinary level of media freedom. It has enabled citizens to bring about massive social and political transformations.”

World Press Freedom Day is a day of support for media which are targets for the restraint, or abolition, of press freedom. It is also a day of remembrance for those journalists who lost their lives in the exercise of their profession.
Previous Article

Malaria Prevention Saves Lives, We Need To Do More

The Effects of Globalization on the Practice of Journalism