Close
Tweet
I stand over a weeping African woman because of my pride
To rub away tears of sorry and replace it with jovialness
To nurture the strength and woman in an African woman
To her, light is glowing and slowly rising to shine its fullest
Let’s heal our women and protect them not to darken her light
Because at the end of the tunnel, there is light for her African women. 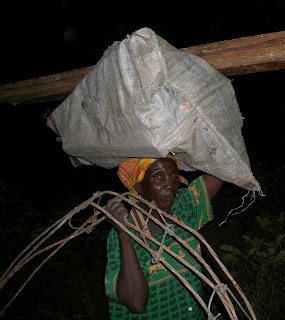 One may ask why, in my reading, I came across an article that had a woman’s voice, 22, pleading for the society to be considerate to her by “Walking in her world, walking in her shoe for a day as a woman, as a giver of life” she continued to narrate her story, “I would but for the sake of inconvenience in my life, terminate pregnancy. Are you ready to walk with me? Talk is cheap. Give me choices that will dignify my life,” she said.

A lot has been done to ensure their voice is heard, backtracking to the dark days when they began their long walk of empowering themselves; we had the 1975 Mexico, and subsequent Copenhagen 1980, Nairobi 1985, the 1995 Beijing on gender equality, the Arusha Declaration, Abuja amongst many others on the need to integrate women’s decision making at all avenues.
This 2011 years’ theme is:  “Equal access to education, training and science and technology: Pathway to decent work for women.”
In October during the launch of Africa Women’s Decade 2010-2020, President Mwai Kibaki and president Bingu wa Mutharika of Malawi noted that despite the advancement through government’s effort to implement steps to empower women tangible progress had been made however, returns and completion of girls education was a challenge.
“We will succeed to reduce poverty if women are included in all decision making innovations to improve the overall performance of African economies,” said President Mutharika.
He added; “The declarations have helped bring awareness to the plight of women, but they tend to suffocate one another at the implementation stage. Today women are still being discriminated against; the girl child is struggling to stay in school and complete her education; women still bear the brunt of HIV and AIDS, women are not fully emancipated and are still sexually abused and there are evils of trafficking in women.”
President Kibaki however, noted that, the declarations had ensured women and girls know of their rights.
“More women are now aware of their rights, life expectancy has improved, more girls enrolled in school, while more women earning an income, much more needs to be done, in implementation of various laws and policies geared towards the full realization of the potential of women.”
As we celebrate the centennial celebrations with various organizations, governments coming on board, how will it be different as Bingu wa Mutharika’s question continue to echo across:
“Have the past efforts towards gender equality been successfull… how do we ensure this decade will see real change for women in Africa?”
President Kibaki cited school drop -out as a result of teenage pregnancy, early marriage and negative social cultural attitudes as impediments to fully empower them noting that education was key to their woes.
“Education holds the key to unlocking many of their obstacles facing women and girls. However, attaining and ensuring completion of education by girls is still a challenge due to dropout rates as a result of teenage pregnancies, early marriages, and negative social cultural attitudes.”
Kenya has made great strides and commitment in ensuring every girl has had an opportunity to enroll in school and complete her education. Moreover, we have great women leaders in Kenya: Nobel laurete Wangari Mathai, Prof.Julia Ojiambo, Miss Rachel Shebesh, Ms Njoki Ndungu, Tecla Namachanja, Conjestina Achienga, Tegla Lourope, Catherine Ndereba ,Ajuma Nasanyana the Turakana model  to name just a few who have acted as role models to the many girls who had seen their lives as hopeless are now hopeful.

Other women who remain a strong pillar in the long struggle of women to rise above orthodox traditions include and not limited to Prof Wangari Maathai, Liberia President Johnson Sir-Leaf, Martha Karua, Atsango Chesoni, author Grace Ogot, Prof. Mirriam Were, Charity Ngilu, Dr. Graca Machel, Hillary Clinton, Lady Justice Ruth Sitati, Njoki Ndung’u, Prof. Julia Ojiambo, High court registrar Lydiah Achode among others.
Kibaki also noted that gender parity was an issue to address because it was also important to ensure education provided opportunities for the women. “More importantly the concern is whether the education provided to girls is free from gender bias and whether it provides equal access to the job market.”
“It is important for the education to girls is free from gender bias and it provides equal access to job market and besides education empowering women also involves enactment of legislation which would guarantee equal access to opportunities and resources,” said Kibaki.
According to the 2007 MDG Civil Society report education for women has been identified as key to their participation in national development. Education is crucial because it enhances the life opportunities of women, and their families. Girl’s education is critically important not only for harnessing the nation’s human resource for development, but also for raising the self-esteem and confidence, and widening the life choices of females, their access to information and knowledge.
Pertinent questions that need to be addressed with urgency, is that access to education is not enough, to see real change for women in Kenya, Africa and the world as a whole.

Equally, poverty rights over key resources are critical to agricultural growth and thus without land ownership rights, women are denied access to credit, training, production support and long term investments in agriculture due to traditional restrictions. In as much as the women do not own as little as 2 percent of land the proportion of female heads of household continues to grow.
We must put rhetoric into action, form our precedent to other stakeholders many have proposed for the need to enacting of legislation which would guarantee equal access to opportunities and resource.
“In Africa there is an urgent need to repeal existing laws and outlaw customs and practices that discriminate women in relation to resources especially land. Specific legislation should be enacted to enable girls to inherit land and to protect the rights of widows we must guarantee women’s property and rights.”
“Many African countries, the land tenure system does not allow women to access land for agric and commercial purposes, credit where land serves as collateral. Put in place policies that recognize the right of women to own land without many conditions as men do.”
Have we achieved? 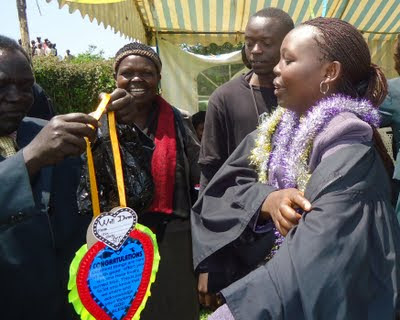 Looking beyond 2011, several considerations to inform public debate about policy priorities and options: Equity and poverty reduction must be at the forefront of policy design, not add-ons where policy-makers need to consider the likely beneficiaries of measures to promote employment, growth and access to women.

Governments need to understand the local context in development policy by placing people at the centre of development is more than an intellectual exercise.
It means making progress equitable and broad-based, enabling women to become active participants in change and ensuring that achievements are not attained at the expense of future generations.
Tweet

Is there a need for a tombstone?