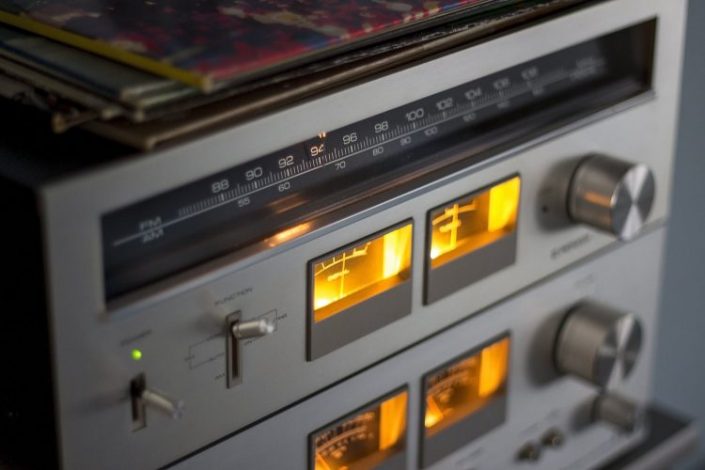 Today, radio has been one of the fastest growing forms of media, outpacing other traditional media.

They have become a dominant source of definitions and images of social reality for individuals. But also collectively for groups and societies; we now have very many radio stations in Kenya.

The entry of private players, early 1990, brought revolutionary changes.  This was the emergence of the media liberalization.

Notably, the change of programs increased. An interactive culture emerged to completely democratize the electronic media space that was hitherto a preserve of the political elite. The increasing number of media outlets especially the broadcasting sector, as well as the cut-throat competition among media outlets, has increased plurality of information.

Nevertheless, the radio industry has not been left behind in this growth. Radio has been credited as a fast broadcast medium. It has stood the test of time, has proved to be a versatile medium one that supplies a good deal of information, entertainment and advertisement.

It is designed to capture the audience’s tastes and interests. It is also a flexible medium capable of responding to changes that may come in the future. At present, in financial times, radio enjoys a period of superiority than any other media.

Therefore, the radio industry continues to be the most effective medium of public command.  Thus, radio is beneficial in the following ways:

First, the information functions of the radio. Radio is an important electronic mass communication media because: disseminate new information (newsworthy), educational and entertaining programmes to the listeners, radio provides regular news updates every hour, opinions and transfer of skills, it is accessible to most people especially in the remote areas by use of small radio sets, mobile phones, watches, writing pens and even torches and it is very ideal for the illiterate and blind as it transmits in sound only.

Radio messages set the agendas for the nation. Radio may give seriousness, urgency, desperation or play down some issues. Also, the messages set the emotional mood and pitch which issues will be discussed. Thus, the reason why the mass media setting the mood must be credible otherwise, the people will dismiss its utterances as mere chattering underlying the reason the TV was referred to as the idiot box.

Radio messages should also be effective at de-sentizing issues which people feel shy and embarrassed to discuss openly. For instance, it is not easy for a parent to sit down with your child and talk about the use of contraceptives.

Secondly, the marketing function of the radio. There are certain policies, practices, and ideas that would improve the lives of the people if they can be persuaded to adopt them, Matters of home hygiene, nutritional food crops, prudent farm management techniques, self-help activities, and immunization amongst others.

Radio program messages are used to market these courses for the adoption of practices and ideas of benefit to the people they serve. Consequently, as a marketing function, radio has been able to contribute to research and the body of knowledge that has been utilized by government, organizations and communities by experimenting with and documenting new models for media and technology-based initiatives and has been able to address issues of digital divide and the goals of education for all through the creative use of radio, educational broadcasting and online education.

Despite these benefits of radio, the radio industry is facing tremendous challenges in its growth. These challenges include:

One, professionalism, concerns have been raised regarding the level of professionalism and the ethical conduct of those involved in the sector. This has led to the utter disregard of the basic rules of reportage by most players. Indeed most radio stations are hiring people who are not trained. This has worsened the situation.

Moreover, the rapid growth of radio stations in Kenya and the need for trained and qualified personnel has led to mushrooming of third-rate back street mass communication schools in Nairobi and major towns whose curriculum and training facilities cannot be vouched for. The result has been the production of half-baked presenters, reporters, camera operators, and video editors.

Many are concerned that the radio industry seems to be trivializing journalism by doing what is fashionable instead of what is right. The former Executive Director, Media Council of Kenya, Esther Kamweru, notes that, while some have felt that the media is doing a good job, others have increasingly raised concern over what they see as inaccuracies in reporting, a lack of balance in media stories, dirty language especially through radio and too much focus on the elite singling out the FM stations and their lack of social responsibility as defined by the profession.

Through FM stations, it is said that the reporting culture, premised on gathering and verifying information is being increasingly overrun by sensational programme formats. Concentrating on information rather than gathering it, chat speculation, opinion, argument, controversy and punditry as they cost far less than the rigorous process of gathering news.

Primary values of journalism stress accuracy, truthfulness, fairness, and balance. These seem to have been disregarded by the new media stations. Presenters are not interested in verifying facts. The principle of keeping facts separate from suspicion and analysis is no longer honored.

Mutegi Njau, in his Proliferation of FM radio stations and the danger of libel and defamation, justifies this case; the growth of the electronic media has not been concomitant with the development of the training of staff who man the broadcasting stations. This has created challenges in the quality of broadcasting and programs and increased the danger of incurring serious libel and defamation suits.

Two, content, most radio stations are facing a challenge of what program would appropriately be designed to suit the listener to satisfy the gratification needs. Today, the substance and format of the content are dull, repetitive and hard to follow this is because it lacks sufficient background, as a result, difficult to comprehend and therefore become dull.

This challenge has been brought about based on time allotted being termed as inadequate. Radio formats should be attractive where content has to be viewed from the perspective of the total time allotted to each type of program while providing more interactive sessions. However, most radio stations have little to be learned when the content lacks interest and the format is unattractive thus, many listeners switch between stations as a way of trying to escape from repletion.

No attempt was made to discover the types of media messages audiences were exposed to, little or no attention was given to the content and quality of information, or knowledge and skills emanating from the messages (Whether the messages were consumable, reliable and efficient, leading to internalization of the messages).

In conclusion, for a region that is closely associated with radio, it is high time the profession was taken seriously. Just like marketing, one must have a very clear informed understanding of the consumer’s needs to be able to sustain loyalty.

A world of connectivity has become a world for social change