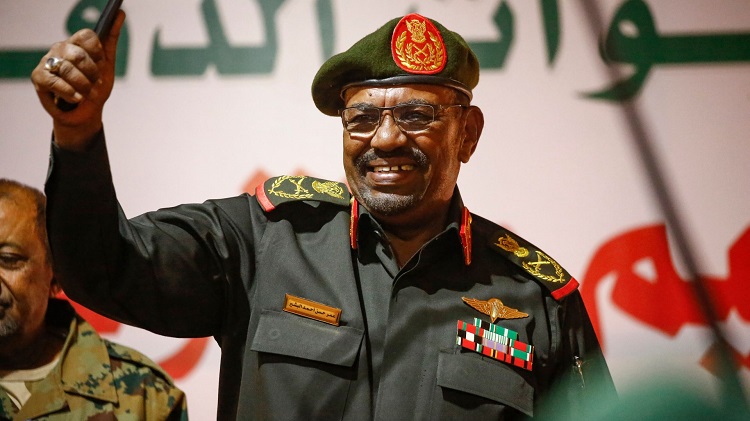 Many sat with the fugitive President of Sudan, Omar Hassan El Bashir, who is increasingly taking on the image of a wanted criminal on the run.
El Bashir is a real prisoner,  he has been indicted by the International Criminal Court (ICC) in The Hague over allegations of genocide in Sudan’s Darfur region during an insurgency that began in 2003.
He is accused of allegedly using the government-backed militia to carry out atrocities against the local population, including the destruction of hundreds of villages, the murder of thousands of people and the rape and assault of thousands of women and girls.

He has nowhere to run to but to remain true to his home, Africa. His case reminds me of the African proverb “When a needle falls into a deep well, many people will look into the well, but few will be ready to go down after it. This is the case of Sudan and Bashir.

August 27, 2010, he was seen in Nairobi a historic moment for Kenya, to the surprise of many because he was a wanted fugitive a paradox of the year 2005 which was a historic moment not only for Sudan but also the region. With the signing of the Comprehensive Peace Agreement between the Government of Sudan and Sudan People’s Liberation Movement at Nyayo National Stadium by the SPLM leader John Garang and Sudan President Omar al-Bashir was a new dawn for a country whose people had never known peace.

An assurance to the two leaders that the world was behind them in the new chapter they were turning, 15 African Heads of State witnessed what ended decades of conflict, which claimed more than two million lives.

Today, the world has turned its back on him Omar Bashir; they want him not looking what lies ahead come January 2011 as his words continue to reverberate “Today is a glorious day for Sudan and Africa, a day to alleviate the distress and suffering of our people. It is a great day when insecurity will be replaced by security and displacement by homecoming.”

Lest we forget, Kenya played an important role in the Comprehensive Peace Agreement, on the other hand, his coming tarnished our country’s image but we have a role to play to ensure our commitment to ensuring peace and stability in Sudan despite concerns that implementation was slow.

This would serve as a window of opportunity for the international community should help Sudan to uphold the peace agreement.

Therefore, we should stop derailing the whole process by craving for his neck because they only undermine the hopes of transforming the country and could end up fuelling violence again. It will not only be the people of Sudan who will bear the brunt of the fluid situation. Kenya stands to lose given that it is the country the people of Sudan call a second home.

leaders to inspire us youths

Need to Invest in Water