Mobile money interoperability is the interaction between service providers for a range of products, primarily money transfer which includes depositing and withdrawing cash either domestically or across geographic regions.

If achieved, the benefits of full interoperability would be substantial and improve the global drive towards financial inclusion. For the customers and merchants, it would mean greater relevance, given that a customer would be able to access more services and do more transactions. More users would translate to more revenues for service providers and a decrease in the use of cash.

To promote interoperability, the Central Bank of Kenya welcomed the move on April 10, 2018, stating that customers would be able to transfer funds across networks in real time, at a low cost and in a secure environment. The idea is that one can send money via Safaricom’s mpesa to Airtel money to Telkom Kenya’s T-kash, which would be at a low cost and the money would reflect instantly.

The CBK laid out principles for interoperability, which included cost levels, efficiency, and security.

Costs:  price for transfer of money across networks would not be higher than those of transferring money within the network, and no interchange fees will be applied.

Security: the mobile money operators were tasked to ensure that the interfaces between them were as secure as possible to avoid any losses for both customers and the networks.

The three mobile operators licensed under National Payment Systems (NPS) include Safaricom Plc, Airtel Networks Kenya Limited, and Telkom Kenya Limited. The NPS regulations state that the Mobile Network Operators (MNOs) should use payment systems that are capable of being interoperable with other payment systems.

The move has been celebrated as a positive move which helps in financial inclusion, while many still remain in doubt of how well it will be implemented and integrated by the MNOs. The issues surrounding moving money across networks is influenced by different factors further than costs and efficiency.

An example is: Safaricom Plc being the dominating player in MNOs, has a wider market share, strong connectivity in all parts of the country and many reliable agents across the country as opposed to its competitors. Unless the other players address their connectivity and number of agent outlets that are willing to take up their agency services, then customers will still prefer to move money via M-pesa.

As payments world-wide trends lean towards more open systems, Kenya is in its infancy stages when dealing with interoperability and it remains to be seen how well we transition into more interconnected systems.

This is, however, a move to the right direction which can be expanded to merchants, pay-bills and till numbers can also be incorporated to make payment systems more affordable, and bring down the cost of payments in the market especially for the low-income earners.

It would be time to take stock on how the one year journey has shaped mobile money transfers since the introduction of interoperability, to determine the value addition and what could be done differently. 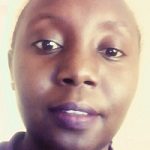 I am a banker, passionate about financial inclusion, transforming how and why we practice finance and invest. Writing on issues that affect the financial sphere and propel us to better inclusion, sustainability, and investment decisions, creating awareness, with the mantra ‘knowledge is power.’

How Digitization Acts as the Bridge to Post COVID-19 Recovery

From Survive to Thrive, Working Together for a Better Africa

Why Pope Francis’s LGBT+ Advice Should Be Ignored – KFCB Boss