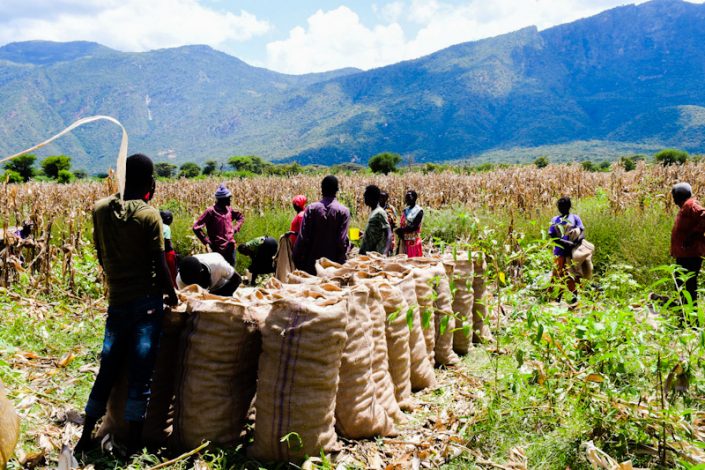 Kenya’s economy grew by 4.9 percent in the first quarter of 2020 compared with 5.5 percent in the same quarter last year, the Kenya National Bureau of Statistics (KNBS) said on Tuesday.

As a result, Agriculture, Forestry, and Fishing sector grew by 4.9 percent compared to 4.7 percent in the corresponding quarter of 2019. This was attributed to favorable rainfall and the mixed performance of key food crops.

In addition, performance in the sector was also supported by increased production of sugarcane as evidenced by a 10.2 percent increase in the volume of cane delivered to millers.

However, in the horticultural subsector, the volume of cut flowers exported decreased from 49,163 metric tonnes in the first quarter of 2019 to 42,639 metric tonnes.

The growth was also supported by robust growths in Transportation and Storage (6.2%), Financial and Insurance Activities (6.0%), Construction (5.3%), Information and Communication (9.8%) and Wholesale and Retail trade (6.4%).

However, “The economy was affected by the resultant uncertainty that was already slowing economic activity in some of the country’s major trading partners.”

According to the report, the decelerated growth recorded in the quarter under review was aggravated by 9.3 percent contraction in Accommodation and Food Service activities that were heavily weighed on by coronavirus containment measures instituted in major sources of tourists. This resulted in a steep decline in the volume of international visitor arrivals in March 2020.